WE GOT FAN INTERACTION 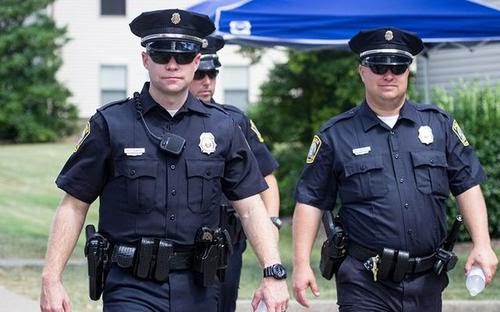 “Your honor, my client obviously views the recipient of the alleged high-five as not a true fan of the label, and therefore an allowable recipient of an emoji exchange under the terms of the policy in question. We ask the court to dismiss this case and intend to seek damages against the department for their gestapo tactics.”
Top

Your Honor, we have several dozen character witnesses waiting to be called to the stand to attest to the inherent untrustworthiness and ill repute of the perpetrator of this shameless high five entrapment. We also have witnesses who will testify that the arresting officer was under the influence of a caffeinated beverage at the time of the incident, and may have been wearing dark sunglasses that would have obscured clear view of the interaction in question.
Top

Color 77 Minutes 1.37:1 Not Rated
From Ernest B. Schoedsack and Merian C. Cooper, the legendary team behind King Kong, The Most Dangerous Game and Mighty Joe Young, comes this early Technicolor science-fiction classic about a brilliant but deranged physicist who learns how to shrink his enemies to one-fifth their normal size! Four explorers are summoned to the remote jungle laboratory of the legendary scientist Dr. Thorkel (Albert Dekker, Kiss Me Deadly, The Killers, Beau Geste). When they arrive, they discover that his brilliant mind has been warped by radiation and decide to return him to civilization for help. But the half-blind, half-mad Dr. Cyclops will have none of that and uses his experimental body-shrinking device to stop them. Now, harmless items and small creatures suddenly become giant-sized instruments of death! The impressive use of landmark special effects, which garnered an Oscar® nomination (Best Effects, Special Effects), helped make this sci-fi yarn one of the most imaginative and memorable horror-fantasy films of all time.
Last edited by Kino Insider on Wed Oct 23, 2019 2:15 pm, edited 1 time in total.
Top

Ugh, I saw that possibility coming as soon as I sold my copy of the earlier Blu-ray after Kino Insider wrongly claimed in this thread that the new release would be based on a 4k restoration only to find out that it would be another 2k resto. I was unsure why brand-new 2k restoration would have been needed, but I hoped in vain it would look at least as good as what I'd already sold off for a few lousy bucks.

It says something about the rigor of so many Blu-ray.com reviews (or lack thereof) that the earlier Blu-ray scored a 3.5 rating for video and audio quality, but the reviewer of this newer release scored it a 4.5 out of 5 for both audio and video, and claimed that it improved on the earlier disc in several areas, without having even made a direct comparison between the two.

Note that while the transfer for The Hitch-Hiker included in this set looks very similar to the single disc release from a few years ago, it is taken from a new 2k scan and does feature noticeably better black levels than that earlier release did. https://www.dvdtalk.com/reviews/74045/i ... ollection/

While according to Cine Savant:

The best-known title The Hitch-Hiker is a great improvement on earlier copies; older Kino DVD presentations were not pretty. https://trailersfromhell.com/ida-lupino ... ollection/

I have a feeling this will generate much debate in informed circles.
Top

Caps-a-holic's comparison certainly supports the Beaver review. The "remastered" one is softer, and I don't see any improved black levels.

In general, I tend not to put a great deal of stock in DVD Talk or Cine Savant for the a/v side of things.

He's of course right that the old Kino DVD was horrendous, but that's irrelevant to any claim that this new release is an improvement over the already-existing Blu-ray.
Top

Any chance the first blu-ray was artificially sharpened?
Top

Not sure if the first one is artificially sharp, but I love the three releases I own from Kino that come with Library Of Congress branding (The Stranger, Scarlet Street, Hitch-Hiker). I found all three to be natural looking transfers that closely would resemble a film print. Sure enough, The Stranger in particular looks very close to the 35mm print I saw a few years ago. They clearly have wear and tear, and likely aren't some recent transfer, but they look and sound great.
Top

The original release is most obviously edge enhanced/artificially sharpened.

But the new one also looks like it has been a little too grain managed.
Top

Pity that the second Ida Lupino title The Bigamist also looks less than ideal. Doesn't bode well for the third. To be fair in the case of The Bigamist, the Blu-Ray still looks much better than any of the DVDs.
Top

Brendan Frye (Joseph Gordon-Levitt, The Lookout, Looper) is a high school loner, someone who knows all the angles but has chosen to stay on the outside. When the girl he loves turns up dead, he is determined to find the “who” and “why” and plunges into the dark and dangerous social strata of rich girl Laura (Nora Zehetner, Beneath), intimidating Tugger (Noah Fleiss, Joe the King), drug-addled Dode (Noah Segan, Deadgirl), seductive Kara (Meagan Good, D.E.B.S.), and the ominous Pin (Lukas Haas, Witness). But who can he really trust? These are the ingredients of Brick, a gritty and provocative thriller co-starring Richard Roundtree (Shaft). Rian Johnson (Looper, Star Wars: The Last Jedi) wrote and directed this clever and twist-filled neo-noir that wowed audiences and critics alike.
Last edited by Kino Insider on Thu Oct 24, 2019 4:45 pm, edited 1 time in total.
Top

Very glad to see that this is getting a new restoration! It has looked pretty mediocre and dirty on home video since the very first DVD release.
Top

Color 71 Minutes 1.37:1 Not Rated
She Serpent… in the Garden of Love! From Robert Siodmak, the legendary director of Phantom Lady, The Spiral Staircase, The Killers, Cry of the City and The Crimson Pirate comes this romantic action-adventure starring Maria Montez and Jon Hall, the stars of Arabian Nights, White Savage, Ali Baba and the Forty Thieves, Gypsy Wildcat and Sudan. After Ramu (Hall) discovers that his fiancée Tollea (Montez) has been kidnapped by a lost tribe and taken to a Pacific isle, he and his friend Kado (Sabu, The Thief of Bagdad, Jungle Book) set out across the seas to find her. They soon discover that the island paradise is ruled by Tollea’s evil twin Naja, the Cobra Woman, who commands all strangers to be killed on arrival. Not only does Naja have designs on her new prisoner Ramu, but she also desires to eliminate any competition from her benevolent sister. Discover all the forbidden wonders and dangers of the tropics in this beautifully filmed Technicolor adventure! The great Lon Chaney Jr. (The Wolf Man, The Black Sleep, Witchcraft) co-stars as Hava.
Last edited by Kino Insider on Fri Oct 25, 2019 2:50 pm, edited 1 time in total.
Top

UPDATE:
The LONG DAY'S JOURNEY INTO NIGHT DVD and Blu-ray release has been delayed until December 17th. The Blu-ray has changed from 1 disc to 2 discs. The DVD remains 1 disc.

Great, definitely getting that now that it has both options.
Top

I'm always surprised/annoyed by 3D releases having 1 disc for 2D and 1 for 3D. BD-3D have backwards compatibility with 2D screens, and there shouldn't be the need for a dedicated 3D disc. It's only easier here since 3D is only active for half the movie, so from a disc space POV, there's more space to accomodate everything and keep a rather high AVC+MVC average bitrate.
Top

Very pleased for the confirmation of Long Day's Journey Into Night (which I think is the only major film of 2018 I have yet to see).
Top

tenia wrote: ↑
Fri Oct 25, 2019 2:27 am
I'm always surprised/annoyed by 3D releases having 1 disc for 2D and 1 for 3D. BD-3D have backwards compatibility with 2D screens, and there shouldn't be the need for a dedicated 3D disc. It's only easier here since 3D is only active for half the movie, so from a disc space POV, there's more space to accomodate everything and keep a rather high AVC+MVC average bitrate.

I am pretty sure there are a number of releases where at least screencaps show noticeable differences in quality in dedicated 2d discs vs 2d streams from 3D discs.
Top

I don't think I'd be mistaken saying this is down to the respective encodes, not the choice of technology, just like comparing a Shout encode vs a David M one (even when Shout has a higher AVB).

There are cases where the disc space doesn't allow to have a high AVC (25Mbps+), the MVC flow (usually 10 Mbps) AND the extras features. That's the case for instance for Aladdin. But for Long Day's Journey, it is mathematically feasible to maintain a combined 34 Mbps AVB (ie 25 + 9, with the MVC stream really being 0 Mbps for the 1st half and then 18 Mbps for the 2nd half) and still have about 7-8 Gb left for the extras. There aren't humpteen dubs and I don't think the extras will total 90 minutes (but you probably can compress them to 6-7 Mbps anyway and give them lossy sound, so 90 minutes would fit there anyway).

This being written, if you have any example, I'd love to have a look to confirm or infirm that.

Addendum :
Taking recent BD releases for 3D movies, AVB comparisons and disc space usage are indeed quite telling. Take Toy Story 4 : 2D has 15% disc space left and a 23 Mbps AVB, 3D has even more disc space left and a 20 + 7 Mbps AVB. There's absolutely no technical reason not to make the 3D disc 2D-compatible, amp up the AVC bitrate by 3 Mbps and be done with it (especially since the extras are on a dedicated disc). Spider-Man Far From Home has approximately the same specs
Top
Post Reply
3067 posts