Also CNN as we know it is in trouble. But fingers crossed that TCM stays the same. Hopefully an online petition will help keep it as is if they try tinkering.
Top

FrauBlucher wrote:Also CNN as we know it is in trouble.

FrauBlucher wrote:Also CNN as we know it is in trouble.

Ironically, the Trump administration has been trying very hard to kill this merger.
Top

A brother and sister close themselves off from the world by playing an increasingly intense series of mind games with the people who dare enter their lair.

(Their listing says black & white, but it's a color film.)
Top

I believe it’s now the only Melville film without an English-friendly release. It doesn’t quite work, but there’s some interesting aspects in play and it’s def still worth seeing for fans
Top

How well does the Watch TCM app function on a Roku device? I've been seriously considering getting cable partly because of this app, but I don't want to if it crashes all the time.
Top

I wonder if anyone else caught this last night. I was watching the end of The Big Heat last night. When it finished their studio personality, David Karger, came on and spoke a little about the film. Then he mentions Lang and finishes by saying Lang made some of the great early German films, NOSFERATU, Metropolis and M. I had a double take kind of response. I was able to scan back on my cable box. And as sure as shit he indeed said that. Those wraps are recorded. There was no one in the control room or on their set that picked that up!? It’s an unforgivable mistake. I shot TCM a tweet. I have to think that many fans watching did the same outreach to them.
Top

Program alert.. Tonight at 8PM EST and 12:30AM EST TCM will air the Bogdanovich doc The Great Buster: A Celebration
Top

Somewhat old news, but TCM will be part of WarnerMedia's HBO Max platform, set to launch next year.
Top

That suddenly makes HBO Max worth considering... would be the first time TCM is untethered from a cable service. I just wonder if you can view it live with the intros and all that, or if its just movies on demand.
Top

I'm guessing you'll be able to watch it live. HBO has been doing live streams for awhile now on places like Amazon and Hulu and I figure any channel associated with the service you can watch that way.
Top 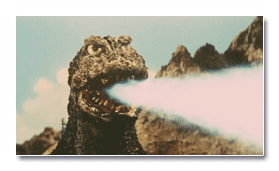 TCM Monster of the Month
Top

TCM Monster of the Month

Another of this month’s themes is “Dennis Miller Presents”
Top

I went with the soon-to-be-defunct Playstation Vue option to replace cable earlier this year...and discovered that TCM was an add-on bundled with additional sports channels ("Meet the new boss.."). Judging from the available streaming options, TCM seems to regularly be featured on the next-tier-up from basic, costing an additional $5 a month. I have no problem paying that since it's the "cable" channel I watch the most apart from HBO.
Top

On Wednesday, April 1, TCM is celebrating the 100th anniversary of Toshiro Mifune's birth with 24 hours of his films, all directed by Akira Kurosawa.

TCM is celebrating Peter Bogdanovich this month with airings of several of his best-known films, starting with the rarely shown Targets. The director will co-host the films with Ben Mankiewicz.

On April 26, they will be airing Bogdanovich's documentary The Great Buster. TCM is also launching its very first podcast, a discussion between Bogdanovich and Mankiewicz about the filmmaker's life and career.
Top

TCM is premiering Bertrand Tavernier's documentary My Journey Through French Cinema this Tuesday, July 14, at 8:00 PM ET. It's followed by showings of The Rules of the Game, Casque D'Or, and Le Samourai.
Top

This may be a long shot. The Summer under the Stars promo that TCM is running is using the song Don't Let the Stars Get in Your Eyes. Does anyone here know who's version it is? There are many. I have scoured you-tube and none seem to match to their version
Top