Not sure if this was already known—couldn't find a mention in the last page—but Cinema Guild has released Thom Anderson's EADWEARD MUYBRIDGE, ZOOPRAXOGRAPHER on DVD. They listed the Amazon link on their Twitter today.
Top

What A Disgrace wrote:We don't even know when Counting is going to be released, even though it was up for pre-order back in November.

Counting was recently, finally, announced as coming out on November 8th, along with 3 of Jem Cohen's shorts.
Top

JMULL222 wrote:Not sure if this was already known—couldn't find a mention in the last page—but Cinema Guild has released Thom Anderson's EADWEARD MUYBRIDGE, ZOOPRAXOGRAPHER on DVD. They listed the Amazon link on their Twitter today.

I am very excited for this release. Thom Andersen is one of my absolute favorite filmmakers, and this early film of his is a treat. Though it's missing the sardonic sense of humor that's captured beautifully in Los Angeles Plays Itself and Red Hollywood through it's narration and clever editing, it's nonetheless a fascinating portrait and meditation of a type of ur-cinema. Plus it features the voice of Dean Stockwell in his transition from Laurel Canyon stalwart into his 80s comeback. And his early, very Deleuzean view of cinema starts to peak through, but nowhere near to the point of his more recent work. I'm glad Cinema Guild is releasing such niche films that are made for such a specific audience (disgruntled cinephiles). I have seen most of his films and have caught a few of his rare experimental films at screenings and would love to see those some day released on DVD or Blu. Maybe paired with a shorter film like the city symphony, Get Out of the Car.
Top

I received my copy of Counting yesterday; a big surprise as I had to contact Cinema Guild about two other packages, lost in the mail, from the same order.
Top

More money to spend. Starting at midnight est, CG has a 50% off sale. It runs through the weekend.
Top

This is the cheapest, and one of the only, ways to get Radu Jude's Aferim! on Blu-ray.
Top

Haven't seen any PQ reviews of Jauja. Has anyone picked up the blu?
Top

It's good, at least for my unprofessional eye.
Top

Just saw it today and it was brilliant. I will accept nothing short of a blu ray release for this masterwork!

Huh. I thought they were Grasshopper Films now.
Top

swo17 wrote:Huh. I thought they were Grasshopper Films now.

This from the Grasshopper thread...

whaleallright wrote:Grasshopper was founded by one of the (formerly) key players at Cinema Guild, so that would make sense....

Another Finally from me. This is a day 1 purchase.
Top

Hey Everyone, sorry for the long delay in posting here, was going to post the news about Death of Louis XIV, but I see it has gotten out already.

The list of features is not final, we are still working on that.

Here is a look at the Blu-ray artwork 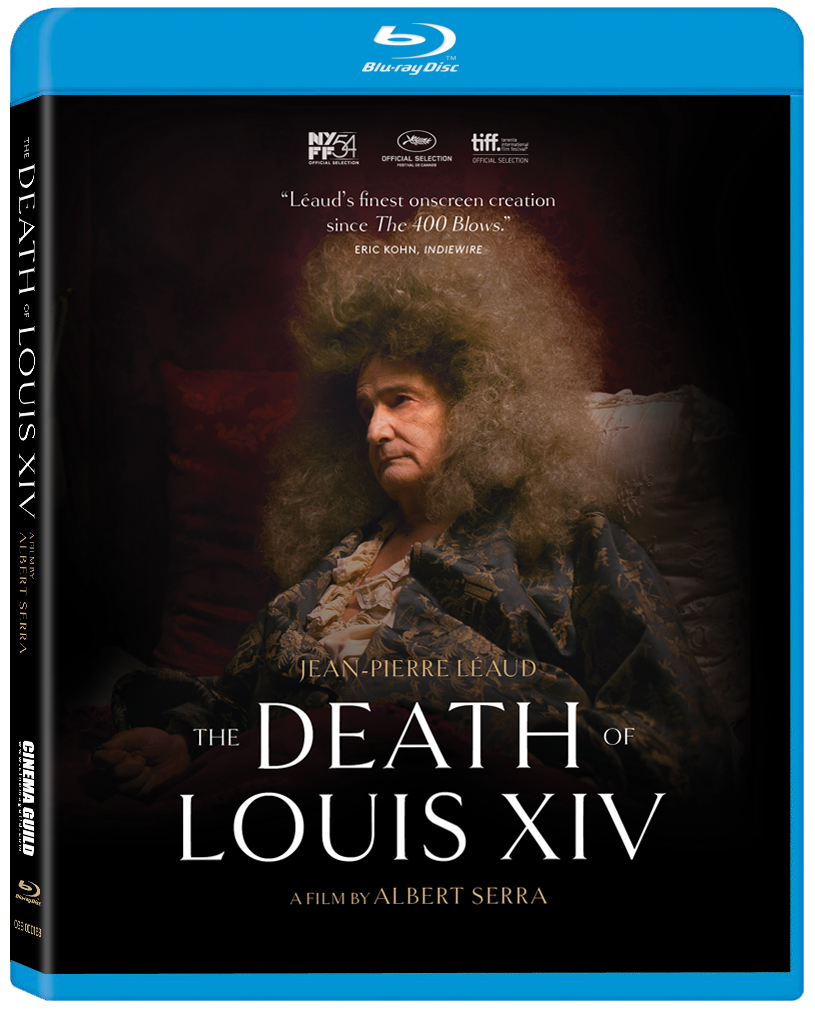 Way to give away the whole movie on the cover.

swo17 wrote:Way to give away the whole movie on the cover.

Perhaps we should add a question mark to the title!

Pre-order links are now up

And on our own site we are offering a discount

I like the "73-year-old Léaud hasn't done anything this good since he was 14" pull-quote.
Top

Just played my pre order via Amazon. It's a year since I first saw the film and can't wait to see it again.
Top

Roger Ryan wrote:I like the "73-year-old Léaud hasn't done anything this good since he was 14" pull-quote.

I don't fault CG for finding a quote that reminds potential customers of a far better known film, but Leaud's such a treasure in so many roles that it does come off as a slight
Top

Unfortunately, even in France, that's the comparison everybody made, helped by the juxtaposition of the actor having become famous very young and now being very old. Seems like readers like that stuff.
Top

In addition to Western, we will also be releasing Hong Sangsoo's On the Beach at Night Alone and Claire's Camera
Top

cinemaguild wrote:In addition to Western, we will also be releasing Hong Sangsoo's On the Beach at Night Alone and Claire's Camera