Fun article (above). I wish Spike had directed Stranger In Moscow.

Netflix's Mo' Better Blues stream expires in a couple of days so I thought I'd catch it. Unsurprisingly there's almost no discussion here on that film. It's one of his least discussed films for some reason...
Top

This first image, though subverted by Lee with the soundtrack ("I charge the white man with being the greatest murderer on earth..."), is right out Franklin J. Schaffner's Patton.

All of this, IN ONE TAKE, is right out of the opening of Orson Welles' Touch Of Evil, which, though much longer and undoubtedly more complex in composition (as Charlton Heston and Janet Leigh cross the Border guards) is given a very obvious nod.

I know this is an older post but i've just read it...I wanted to point out that i caught one other obvious tip of the hat to another filmaker in Malcolm X.It's the scene where Malcolm,Rudy,Shorty and Sophia are planning to rob the old man Rudy works as a servant for.They're sitting in a kitchen in Boston and Rudy and Malcolm have a disagreement over who's in charge..a game of russian roulette ensues with Malcolm theatening to blow Rudy's nose off...Before that though Malcolm takes the bullets out of the gun and places them on a table with the camera in close and tilted slightly upward as Malcolm lines up the bullets in a particular pattern-2 in the foreground- left and right,2 in the back-center left and center right and 1 directly in the middle closest to the camera.In (i think but am totally not sure) the 3rd or 4th section of Berlin Alexanderplatz Fassbinder produces the same exact move with Franz Bieberkopf placing shot glasses on a barroom table in a very similar pattern as that in MX.The camera placement is different in Fassbinder's shot-his is more of a medium shot if i recall-but Lee has clearly picked up the idea from RWF.I even think Lee used the same dialogue from BA-"she loves me,she loves me not",but i'm not 100% on that.Been awhile since i've seen either...At first i thought it must've been Ernest Dickerson's idea- an homage to Michael Ballhaus.But Ballhaus didn't shoot BAso i don't know...
Top

Spike Lee hits Kickstarter for latest joint-- For $10,000 you can sit next to Spike Lee at a Knicks game
Top

Let's hope Soderbergh knows a thing or two about basketball then.
Top

Article on Soderbergh's pledge here. This should be interesting given Lee's famously animated reaction to sex lies and videotape winning over Do the Right Thing at Cannes all those years ago
Top

Lee's always had a worse bark than bite so I imagine if he can get back together with Sam Jackson being friendly with Soderbergh is nothing.
Top

Was there a falling out between Spike and Sam?
Top

Big time to the point that Jackson said he would never work with Lee again. I believe it started with Lee criticizing the use of the N word in Pulp Fiction and Jackson in defense of Tarantino said something to the tune of, "At least he's made a good film in ten years."
Top

domino harvey wrote:Article on Soderbergh's pledge here. This should be interesting given Lee's famously animated reaction to sex lies and videotape winning over Do the Right Thing at Cannes all those years ago

Soderbergh doesn't seem like the type to take that kind of thing personally, though, does he? I mean, this article is from 1989:

Mr. Soderbergh is picking very slowly at his corned beef and cabbage in a deli on Ventura Boulevard, the shop-crammed main drag that runs the length of the valley like an ascetic's version of hell. A few friends wearing ''Sex, Lies, and Videotape'' T-shirts are waiting at his apartment around the corner to wish him bon voyage. Mr. Soderbergh, as usual infringing custom, is wearing a shirt that reads, ''Do the Right Thing.'' Spike Lee's ''Do the Right Thing'' was one of the movies ''Sex, Lies and Videotape'' defeated at Cannes.

I'm just hoping that Soderbergh does the Simpsons thing of taking a bite from all of the snacks before passing them along the row to Lee.
Top

Awww, nothing gets chocolate out. See? 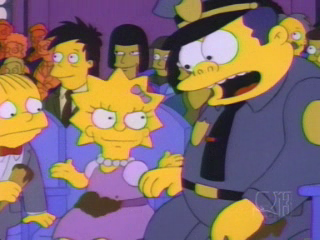 Spike announced at the HBO TCA press meeting that he a film he directed of Mike Tyson's one-man play will premiere on the network (I think in November).
Top

Not nine people, but "9 percent of donors put up nearly 70 percent of the funding for Lee’s film".
Top

So like almost 600 people. Go easy on domino though, he was just recently hired by Twilight Time.
Top

That's the last time I read and post a news story before I've had my morning coke. Sorry all!
Top

He Got More Game?
Top

Turns out the film Spike Lee Kickstartered, Da Sweet Blood of Jesus, is a remake of Ganja and Hess
Top

Sounds like a great idea. Hopefully he'll bring to it his full attention unlike his rather distracted-seeming slapdash affairs like Jungle Fever, She Hate Me, and yes, School Daze.
Top

Well this happened - if you want to have a look at Spike Lee doing a David Cage and helming his own videogame (including interrupting the guys in the motion capture suits during their coffee break) then The Sw1tcher channel has started a let's play of NBA 2k16: Livin' Da Dream: A Spike Lee Joint!

(Yes, in this game of career basketball you apparently do have the crucial opportunity to design your own sneakers with the logo of your favourite footwear manufacturer on them!)
Top
Post Reply
59 posts