Some screencaps from Secret Beyond the Door:

Both transfers really do look marvelous, David. Thank you for posting the caps. Seems I have to secure both DVDs and get rid of those forced subs in my own fashion. Letter from an Unknown Woman is one of the best "doomed romance" films ever, the cinematography is stunning and the movie contains Joan Fontaine's strongest performance, IMHO. In her autobiography she said she had never experienced such an intuitive report with any director. Max Ophuls was said to be flabbergasted that Joan knew exactly what he wanted before he had even tried to explain it to her in his flawed English. I've got Criterion's laserdisc, do you happen to know if they still have the rights for a potential DVD release, David?
Top

I am not sure of the rights issues in the US but Criterion originally licenced Letter from Republic, now Paramount. I don't know what if any arrangements they have with them now. Of course the French disc is from Universal. Has JM ever mentioned doing this title again? The transfers of both these are shimmeringly beautiful, another case of going multi region. And IMO anyway Secret is a very fine Lang picture.

I need to resize the caps (already deleted the Secret ones.,, this takes a bit of practice.)

More info, and the release date on the Uchida set here and here.
Top

Holy Shit! What a presentation! The site abounds with clips, animations, photos and lots of information.

I just visited the Wild Side site. Their catalogue looks excellent! I remember DVDBeaver writing positively about the Men of War release, and the caps above from LETTER FROM AN UNKNOWN WOMAN look great. Do the rest of their titles measure to the standard of these releases? And, how is the subtitle situation?
Top

Old news but repeated for the benefit of this thread.
The English subs are "apparently" enforced but some players allow disabling through the menu option. Most don't. Alternately - they are easily removed if you rip the disc on a computer to a backup and simply remove the subtitle files in ripping.

Needless to say, check with your local FBI before doing this.
Top

Wild side will release their first French Naruse DVD set -- which will include Repast, Floating Clouds, Summer Clouds and a bonus disc of interviews (etc.) -- due out on Oct 24 according to Alapage.
Top

Excellent news, but i suspect like most of the Wild Side releases, there won't be any english subtitles associated with it?
Top

Toxicologist wrote:Excellent news, but i suspect like most of the Wild Side releases, there won't be any english subtitles associated with it?

I am virtually certain you are correct. I'm just glad I did learn enough French to more or less get by with French subtitles (in most cases). ;~}
Top

Apparently BU aren't the only ones re-releasing 'Suspiria'....received this reply after an email query to the Wild Side Offices :-


We are indeed actually working on that Suspiria DVD release for the end of 2007, with extra features exclusive to our edition. As we are in the early stages of the editorial process, the only thing we could confirm yet is that the transfer used will be the same one used for the recent Cannes presentation (Cannes Classics), taken from a negative fully restored in HD and supervised by the DP Tovoli.

More details when we will be more advanced.

Thanks again for your support.
The Wild Side Team

Wild Side: Tenchu and other Gosha films announced. Unbelievable, and slightly infuriating I might add. More Hideo Gosha films will be released in France including the fantastic (and so hard to find) Tenchu. There are already 3 Hideo Gosha box sets, 12 films in total, and in April another 7 films will come out. So the total number of Hideo Gosha Films in France will be 19.

And how many films do we have with English subtitles? Only 2 (with decent transfers). From all the wonderful Hideo Gosha films we only have Goyokin and Sword of the beast and we are still waiting for Tenchu, Three Outlaw Samurai, Secret of the Urn, Hunter in the Dark etc. I know that some of them have come out with English subtitles in HK but their transfers are terrible.

Thank God that AnimEigo is preparing The Wolves for April or May but again this is nothing compared to France. This isn't fair. Why is Hideo Gosha neglected in the English-speaking countries? There can't be more Gosha fans in France than in Britain, USA, Canada? And lets not forget all the fans in the rest of the world who buy dvds with English subtitles. (like me)
Top

There are several Gosha fans around here (Steven H., for example), and I agree that the lack of English-subbed Gosha films is extremely frustrating. As you say, The Wolves will be most welcome when Animeigo get around to it. (Last I heard, they're planning a summer release.) But as far as I know, the primary burden rests upon Criterion's shoulders. I know, for instance, that Janus owns the rights to both Three Outlaw Samurai and Bandits Vs. Samurai Squadraon -- and probably most of Gosha's other chanbara. (If not, I'd love to see MediaBlasters get on the ball. I was pleased with their release of Goyokin.)
Top

I agree that the Goyokin release is quite good. I have read many bad comments in these forums about the subtitle translation but I find it satisfactory. And the transfer is a lot better that I expected. However, mediablasters produced Goyokin in 2005 and since then they have not produced another Gosha film. And I have been reading about Criterion's and Janus's Gosha films for 2 years now and I am still waiting for them.

In France Wild Side has been releasing one Gosha 4-film box set almost every 6 months. And the French Goyokin release is a 2-disc set with lots of extras including an interview with the always informative Nakadai.

My point is that in France there seems to be a lot of interest for Gosha (and Japanese films in general) whereas in English-speaking countries he is neglected.

Gosha is a lot of fun plus a really striking stylist and it definitely is a shame more of his films aren't available in the west. The Wild-Side releases are beautiful, though, and I can't recommend them highly enough (and, innocently, all of them have english subtitle files floating around on the internet that can be added to the disc with a dash of re-authoring/burning magic.)
Top

Steven H, from your post I understand that you have the Wild Side releases. Can you please tell me if the French subtitles are burned in? Because I think I read somewhere (I think at Dvdfr.com) that the subtitles are not removable.
Top

The subtitles are not burned into the image, but they aren't removable either. This can be fixed pretty easily by copying the disc with DVDShrink/AnyDVD.
Top

The French site Dvdrama.com has posted reviews for the 6 new Hideo Gosha films including Tenchu.

From what I read, all of them have good transfers and a few extras. Tenchu in particular, which is a 2 disc edition, has very good extras including a one hour doc on Gosha's samurai films.

Of course these films don't have english subs but they appear so good that I think I will buy them. (And my french are so rusty 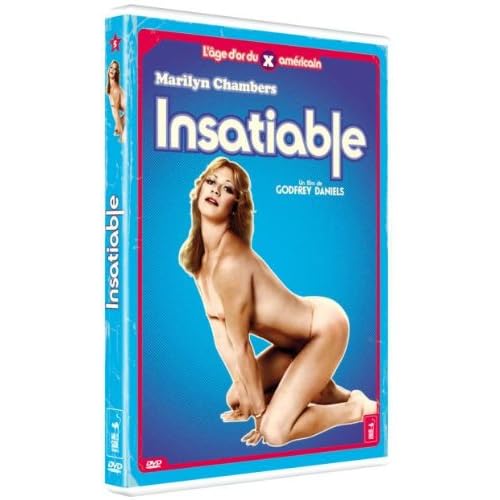 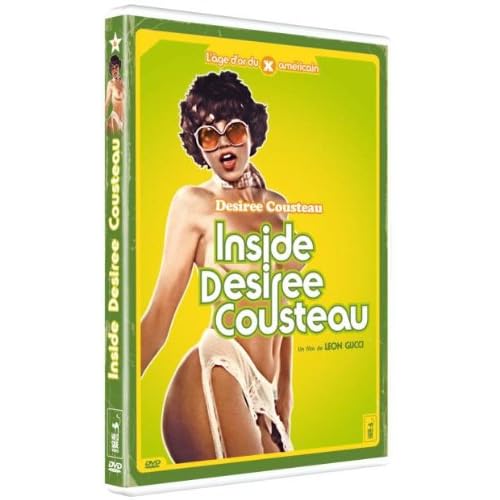 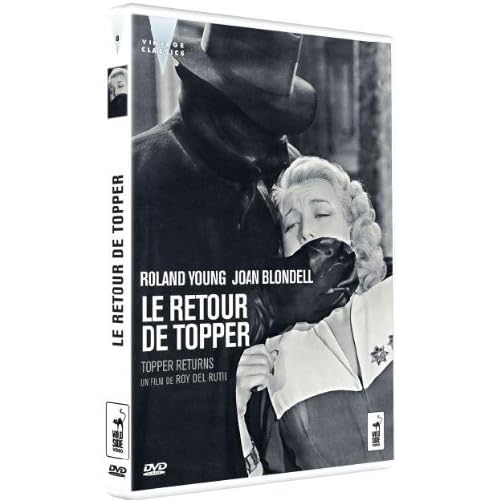 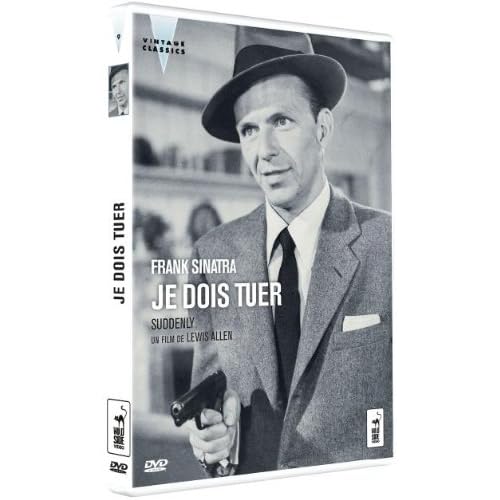 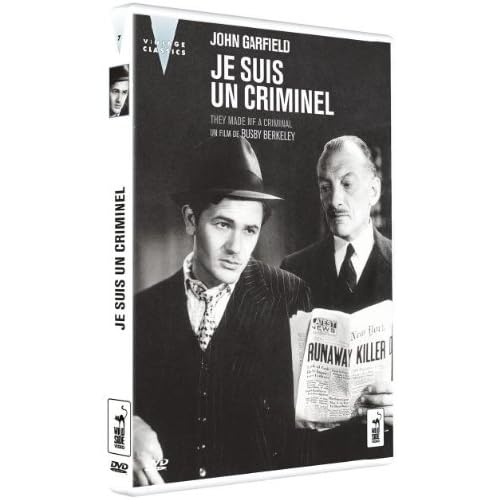 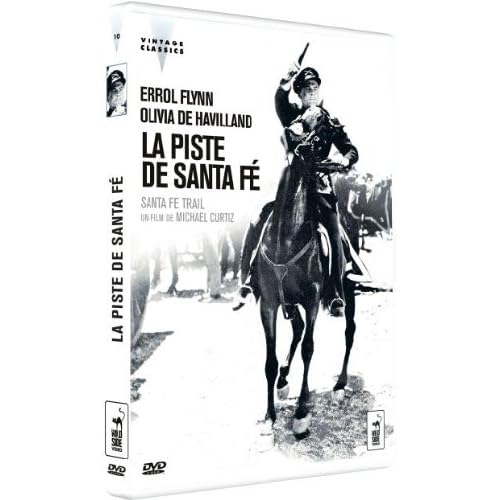 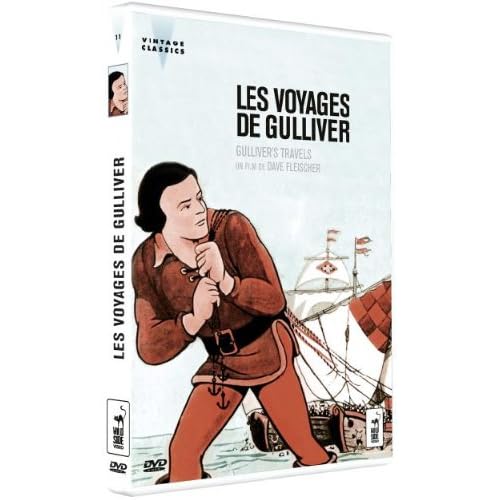 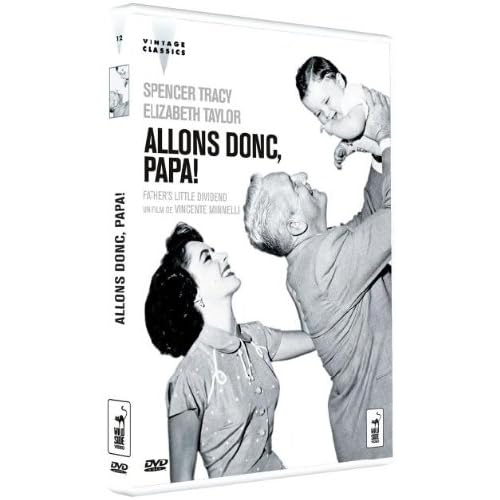 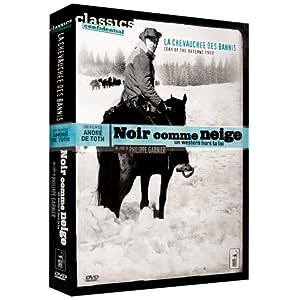 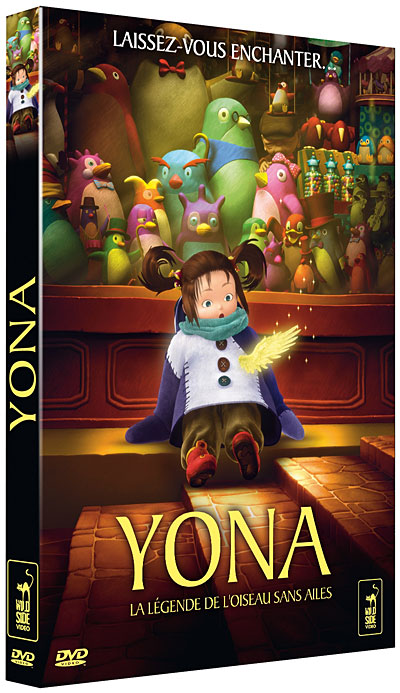 There's a good deal on amazon.fr for the usually pricey "Classics Confidential" (dvd+book) sets on Wild Side), valid until the end on January - any recommendations?
Top

First, I'd like to point out that Red River is pre-orderable for 25€ which is a quite good price.

Apart from this, I really enjoyed Day of the Outlaw and the first Lang boxset, but you probably might want to check what's available "exclusively" in the collection in order to get something not available in the US.

However, bear in mind that the french subs are forced. If your player allows you to bypass this, good, but otherwise, be warned about this.
Top

As well as the double Lang Tenia suggested Renoir's The River on Blu is part of the deal as is Tourneur's Nightfall and Anthony Mann's Devil's Doorway from WS but the hefty prices are in view of the booklets included so it depends how useful they are to you. Mind you at 50% discount it might be worth it anyway.
Top

Thanks for the tips, guys! Apparently Day of the Outlaw and Devil's Doorway have been collected (books and all) into a box set, along with two 70's films from Richard Sarafian. And then there's Wind Across the Everglades, The Prowler and Northwest Passage - I'll probably just have to blow my credit card and get these all while I'm at it

(BTW the Carlotta Blu of The River is actually part of a different offer - there's plenty of great stuff in the other deals as well: for example, a whole bunch of the Sidonis westerns, many of which are unavailable elsewhere, on a "5 discs for 30 euros" offer. I don't know if those have forced subs too, but luckily my player seems to be able to circumvent those)
Top

I haven't suggested The River by Renoir, but Hawks' Red River to be released by Wild Side. It's not part of the sale, but the 25€ current price is quite attractive.
Top
Post Reply
37 posts