I believe you're right. I found this performance

TCM does such a great job with their monthly promos. They always pick music that makes me go searching
Top

I can’t argue with the sentiment that TCM’s monthly promos are excellent, but their Summer Under the Stars one is really triggering my OCD. For some ungodly reason, they only show 30 of the 31 stars being honored (Natalie Wood is the unfortunate absentee).
Top

Is there a TCM thread somewhere? Of course the channel comes with most cable packages but it’s also a stand alone streaming app.

It’s Steve McQueen day on their annual Summer Inder The Stars month of featured Hollywood stars. Also, many of the films featured are On Demand.
Top

ando wrote: ↑
Fri Aug 14, 2020 4:11 pm
Is there a TCM thread somewhere? Of course the channel comes with most cable packages but it’s also a stand alone streaming app.

Do you mean the Watch TCM application? I'd gladly pay for such a service, but it only appears to be available as a cable package bundle, unless there's something Im missing out on? There should exist a surreptitious service to allow people to access Watch TCM via subleases from people with cable bundles who aren't using it.
Top

You can get the app through some of the streaming services, such as Youtube TV, Roku, sling TV and I believe others.
Top

Regardless of how you use access it (Roku, Apple TV, Fire, in-browser), Watch TCM requires you to log in through a cable or satellite provider—there's no way to get a subscription to the app. You can get TCM through Sling by subscribing to their basic package for $30 a month and then paying a $5 add-on fee for the "Hollywood" package, but that doesn't give access to the Watch TCM; instead you have access to Sling's own on-demand service, and I don't know how that compares with Watch TCM's offerings. Youtube TV is the same way except more expensive, with a single subscription tier that costs $65 a month. Playstation Vue used to provide Watch TCM access, but that's not an option anymore since Sony shut it down in January. Long story short is that the Watch TCM app is useless without a login from a cable/satellite provider.
Top

The Fanciful Norwegian wrote: ↑
Fri Aug 14, 2020 6:50 pm
Long story short is that the Watch TCM app is useless without a login from a cable/satellite provider.

YouTubeTV with their 2 week trial is the best way to enjoy the remainder of Summer Under The Stars barring a cable/satellite subscription, which is what I attempted to convey in my earlier post. Plus, some of the other channel options make a trial run a no-brainer in this instance.
Top

I signed up for Sling TV + TCM last month because I wasn't getting my quota of 30s/40s obscurities and the cost is less than I'd be spending on gas to the rep that played those kinds of things in the before times. I don't know how much overlap there is between the on-demand offerings from TCM on Sling and the Watch TCM app, but there's a big selection—which I've never even bothered to do more than browse through because I'm perpetually worried about filling up my DVR hours. I gave Fubo a trial before this and liked its interface a lot better, but their Warner Media agreement ended right as my trial did, so I jumped ship to Sling, which is much clunkier, and the search is useless. I've taken to just pulling up the TCM.com listings once a week to find anything that interests me, then paging through the "Up next" list on Sling to flag the movies I want to record, which I have to do in Safari because the interface randomly skips back in Chrome.

It wouldn't be worth it if weren't pandemic times, but for now, with nothing but home viewing in my future, it very much is.
Top

Feego wrote: ↑
Sat Jul 25, 2020 2:19 pm
I can’t argue with the sentiment that TCM’s monthly promos are excellent, but their Summer Under the Stars one is really triggering my OCD. For some ungodly reason, they only show 30 of the 31 stars being honored (Natalie Wood is the unfortunate absentee).

Natalie Wood is shown in the second clip in the promo -- in a clip from REBEL WITHOUT A CAUSE -- she's starting the drag race, the two cars drive by on either side of her. RIght after Olivia De Havilland and right before Steve McQueen.
Top

Yes, they re-edited the promo to add both De Havilland and Wood (Bette Davis was originally scheduled for a day and appeared in the promo, but De Havilland was given that day following her death as a 24-hour memorial).
Top

TCM does such a great job with their monthly promos. They always pick music that makes me go searching

The most peculiar (and grateful) observation is that you have access to more films from this month's retrospective in The Collection via the TCM app and/or website if you have a cable provider than via the cable box alone. Odd but wonderful.
Top

TCM does such a great job with their monthly promos. They always pick music that makes me go searching

This is definitely it. Thanks
Top

Convicts 4 (1962, Millard Kaufman)
I wondered about the film's title even after watching it. Then I read the TCM article. Ben Gazzara plays a lifer who was given a reprieve from execution for a murder of a general store owner. My guess is that he was cast after a playing a cat in (initially) a similar situation in Preminger's Anatomy of a Murder a couple of years earlier. But the film is presumably also about two other lifers and a CO; minor roles filled admirably by Ray Walston, Sammy Davis Jr. and Stuart Whitman, respectively. Gazzara is magnetic and does his best with the Kaufman script, adapted from the book by the actual lifer, John Resko, but Joseph F. Biroc's camerawork, George White's editing and several memorable cameos distinguish it from the typical post and post-post war prison flick. On Demand.

The Cincinnati Kid (1965, Jewison) On Demand, from Steve McQueen Day. 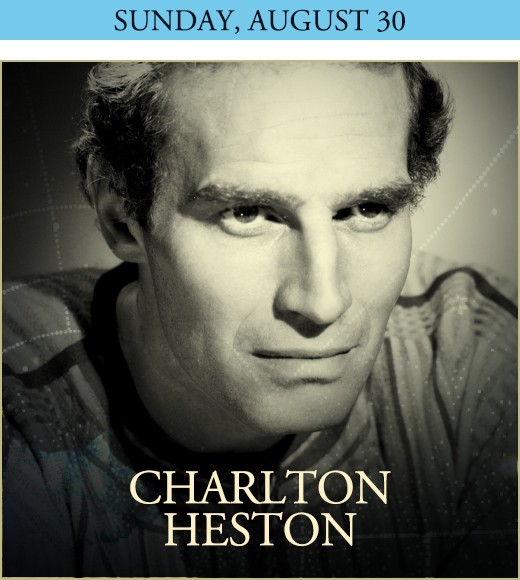 Not a bad round up after a day of Heston flicks...

The TCM End of Summer of Tour, four-days of concert documentaries, September 4 thru 7:

The TCM End of Summer of Tour, four-days of concert documentaries, September 4 thru 7...

Thanks. Great late night viewing (for the most part).
Top

It it weren’t for TCM, I’d have no problem cutting the cord.

Big Time was also just added to Prime in the US.
Top

which, btw, was just added to TCM On Demand (app/website w/subscription).

You can get it with the Hulu live TV package, YouTube TV or Sling.
Top

Or get your in-laws to give you their DirecTV (or cable) login...
Top

The Facebook comments can get a little annoying. There was some consistent pissing and moaning about the concert movies over the weekend. And God forbid they show something with subtitles or something of LGBTQ origin.
Top

Rififi (Criterion Title) is On Demand! One of the best from Jules Dassin. And one of the best bank heist thrillers ever made (imo). Never see it on CC.
Top
Post Reply
499 posts