Calvin wrote: ↑
Fri Jul 30, 2021 6:44 am
Very curious what the Fassbinder set will turn out to be. I wonder if it's just a repackage of their earlier releases, but they themselves were broken out of a box set so surely they wouldn't re-re-release them? But if it had different titles then presumably it would be labelled Volume 2 instead of Volume 1....I guess that we'll find out in a few hours.

Yes, but also, Amazon lists this as a limited edition, which they presumably wouldn't do for a mere repackage

The titles in the Fassbinder set are Love is Colder Than Death, Katzelmacher, Beware of a Holy Whore, The Merchant of Four Seasons, The Bitter Tears of Petra von Kant, and Tenderness of the Wolves.
Top

Refering back to the list, DEM, YOK and DRUHD clearly refer to Dementer, Yokai Monsters and Deep Red 4K. HUHD and POTM are unaccounted for.

I expect that Mill of the Stone Woman is the "MOS" in November.
Top

POTM is Phantom of the Mall and I think the general assumption is that HUHD is Hellraiser.
Top

"TLM" from December could be "The Last..." something. Arrow already put out The Last of the Mohicans, which would have been my first guess, but perhaps they're preparing a proper special edition? It could also be The Last Metro, which is OOP, or Breillat's The Last Mistress. 2020's The Last Matinee seems right up their alley, being a recent horror movie with only modest reception at best.
Top

I am really curious about Hellraiser. Would it only be the original? A new UHD set would surely be a seller.

Also I'd love someone like Vinegar Syndrome to put out parts 4 and 5 on 4k. I saw what an amazing job they did with the two Scanner Cop movies.

Seems there is a market in 4k for genre movies that belong to franchises.
Top

Just curious, but why is the Giallo Essentials a locked thread at the moment?

Because each of the titles already had its own thread. Though since it's apparently part of an ongoing series, perhaps there could be some box-specific discussion worth having there
Top

Ah, so that’s why. Makes sense. Thanks.
Top

According to their digital Fright Fest schedule, Arrow will be releasing Scott Mansfield's 'Deadly Games'. There is a "DG" for November on Fran Simeoni's list of clues, so we can expect to see an announcement for it at the end of the month.

James White was on a podcast where he revealed that Arrow have the rights to 30 films from Celestial/Shaw Brothers and that there will only be 2 volumes. This presumably means that there will be 6 standalone titles if there is going to be 12 films in the second volume.

On a different note, Universal will be releasing 'Inglorious Basterds' on 4K UHD. Since The Digital Bits has it listed as a US/UK release, I'm wondering if James Flower can chime in here and confirm whether or not their release is still happening?
Top

New interview with Fran Simeoni. He confirms that more Dario Argento titles will be re-issued on UHD next year, as well as confirming a release of Naked Lunch and a special announcement of Phantom of the Mall .
Top

Almost certain to be Phenomena and Tenebrae.
Top


EDIT: Forgot to mention that Zavvi is having a 40% off sale on select Arrow titles (as well as a 30% off sale for select Indicator titles) on their website: https://www.zavvi.com/brands/arrow/offer.list
Top

interesting that Arrow were able to produce a better restoration than the previous one, which had its limitations. that they could make enough improvements to upgrade to 4k UHD. looking forward to buying this.
Top

The Hills Have Eyes new resto is actually from Turbine. I'm not sure if it's anything more than basically a color corrected version of the Arrow previous restoration. 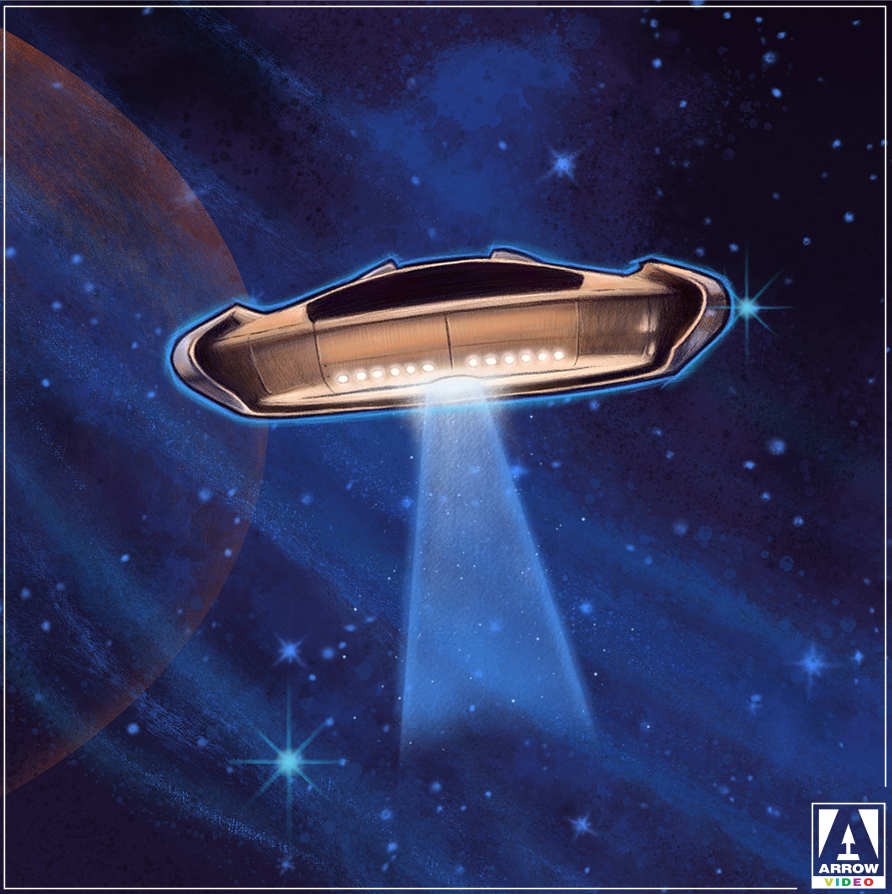 I'd love to get a commentary from its original screenwriter, which is an infamous example of a writer taking on a studio and the WGA
Top

This is an awesome film. The last time I saw it was many moons ago.
Top

I was surprised by how much I enjoyed it as well when I saw it a few years back. It's a very sweet fish out of water comedy
Top

But according to the link just posted, it was apparently supposed to be a harrowing docudrama about the screenwriter's actual alien encounter?

He of course later went on to pen Matinee
Top

swo17 wrote: ↑
Thu Sep 23, 2021 1:55 pm
But according to the link just posted, it was apparently supposed to be a harrowing docudrama about the screenwriter's actual alien encounter?

He of course later went on to pen Matinee


and he wanted his name off of Matinee as well, feeling that Charlie Haas ruined his intentions. He has no other credits, and I really wonder what he's up to today.
Top

Correction, he shares story credit. The screenplay for Matinee is very much Charlie Haas

EDIT Beamish beat me to it
Top

Return to “Arrow Rumors and News”