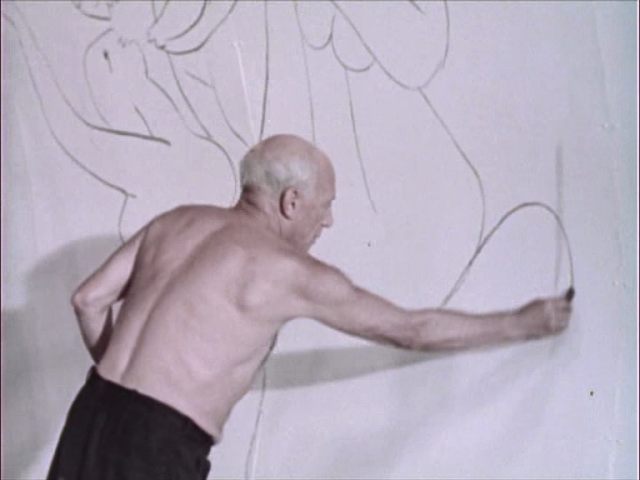 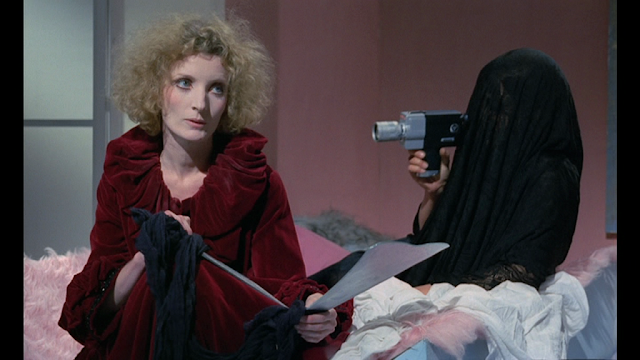 Be careful with Mario Soldati I Grandi Registi Del Cinema Italiano 3 dvd box made by Cristaldi film
One discs (Signor Travet) doesn't work at all (dvd, macbook, PC). There's a review from an Italian user, so my print is not the only with troubles.
http://www.amazon.it/Mario-Soldati-Gran ... io+soldati" onclick="window.open(this.href);return false;
I haved written to Cristaldi many weeks ago and there's not reply. I don't remember where or when I did buy this bloody box.

After Lizzani's death, Paramount, what are you waiting for Banditi a Milano ?
Top

Mustang has acquired many titles from former Medusa catalogue.
Top

Hopefully the Italian Amazon (for example) will sell this as well.

From Italian silent cinema, hopefully we'll see Cabiria (1914) and Maciste in Hell (1925) on DVD as well, and with English subtitles of course.
Top

If it's going to be English-friendly, then looking forward to it.

1860 (Alessandro Blasetti, 1934)
A chronicle of the unification of Italy as seen through the eyes of a young partisan.
A must see for anyone interested in Italian cinema or Italian culture.
http://journeys-italy.blogspot.it/2013/ ... -1934.html" onclick="window.open(this.href);return false; 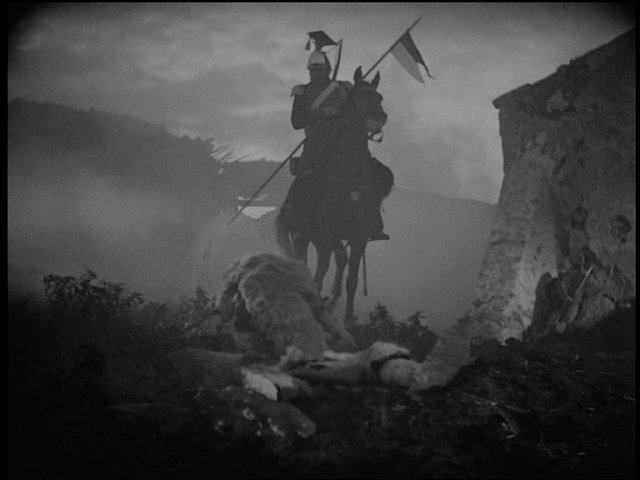 1860 must have been an influence on Visconti, most especially when he made IL GATTOPARDO...
Top

In many aspects 1860 may be considered a precursor to Neorealism (on-location filming, non-professional actors, use of dialect, collective history), and in fact Blasetti re-released the film in 1951.
Top

Blasetti is a fascinating figure spanning multiple eras of Italian cinema from the silent late 20s & early thirties right through to the late 60s, and, of course, his QUATTRO PASSI FRA LE NUVOLE (1942), a collaboration with Zavattini, with its quotidian style is also considered part of the earliest wave of neo-realism; Andre Bazin writing, when he saw the film in 1947, that the film was confirmation "of his admiration for the new school of Italian cinema".

I am going to review this very soon. 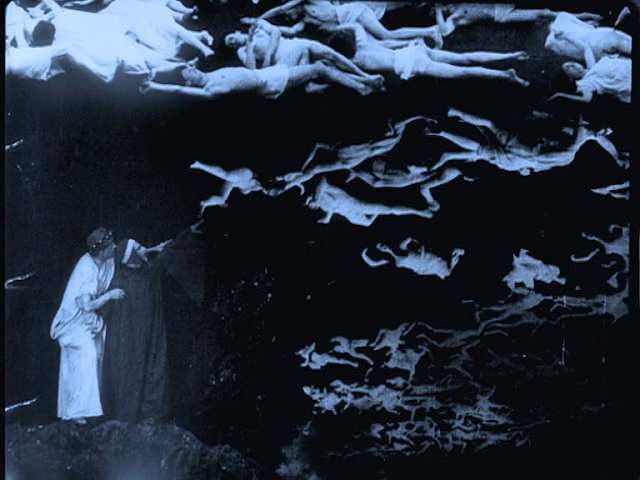 I'm interested in making a large order through amazon to pick up releases from Cristaldi. Which titles are the ones to pick up (with english subs)?
Top

Amazon.it tends to be fairly accurate with their subtitle listing, at least in the case of the Cristaldis. You can also see many of the rear covers on the site. Sadly, not a huge amount of their discs have English subtitles, and none of their new ones do. Their transfers are generally excellent though. Musts would be:

Riso amaro (Giuseppe De Santis - 1947)
Cristo si è fermato a Eboli (Francesco Rosi - 1979)
Ogro (Gillo Pontecorvo - 1979) - Don't own this one but it has been on my wishlist for an age.
L'onorevole Angelina (Luigi Zampa - 1947) - Here you could pick up the Omaggio a Anna Magnani boxset that includes this and has the two Abbasso... commedies with English subtitles too, plus Lattuada's Il bandito (without English subtitles).

There's also these to get, but Criterion have released them too.

Finally, many of the Totò comedies have English subs, but these aren't his finest films and I know little about them.

If you'd like, I can recommend a lot more classic Italian films that have been released with English subtitles in Italy? I've got a database with all the DVDs I own and I can easily filter for Italian DVDs with English subtitles. Ripley's Home Video and a couple of other labels have a lot of good stuff.
Top

La dolce vita announced on Blu-ray in Italy. So that's Australia, France, Germany, Italy, Spain and Japan which all have releases or a firm announcement. Here's hoping an announcement from MoC or Arrow, or even Criterion, could be imminent.
Top

How good are Mustang Entertainment? They do however appear to be putting out a lot in 2014, and everyone's working from the same restored HD master... Have the German BR so far, don't know yet if the French Pathe disc is an improvement (apart from an added DD5.1 mix), might double dip for this Italian release... Paramount won their US rights case last June so hopefully a North American BR is imminent... Don't know about the UK rights, but there has never been a satisfactory UK/IRL DVD release pointing to possible difficulties there...
Top

Mustang have basically just been outputting much of the old catalogue of Medusa, since they were bought out by Warner. Nearly all of Medusa's stuff went OOP last year, rendering dozens of pieces of classic Italian cinema unavailable worldwide, but Mustang have slowly been bringing many of these old editions back into print, whilst doing some new stuff. I'm not sure of the relationship between them and Medusa and Warner, but they're a good solid label.
Top

Yes, looking in to it, I see Mustang rereleased the Medusa 'Cinema Forever' LA DOLCE VITA 2 DVD set in October... This has decent Eng subs, so there's every chance the forthcoming BluRay will include English as well as Italian subs...
Top

Now my Signor Travet DVD disc works, I tried it in another brand DVD player! How strange !
Top

It seems the Mustang Entertainment BR of LA DOLCE VITA will be identical to the Cinema Forever edition and Amazon confirms it will have English as well as Italian subs, as the DVD already has...
Top

The back cover of the Mustang Ent BR of LA DOLCE VITA released yesterday, confirming specs... 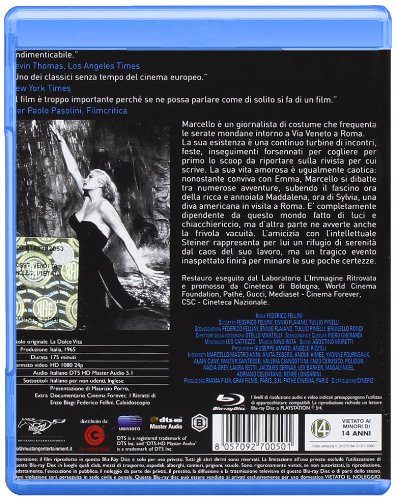 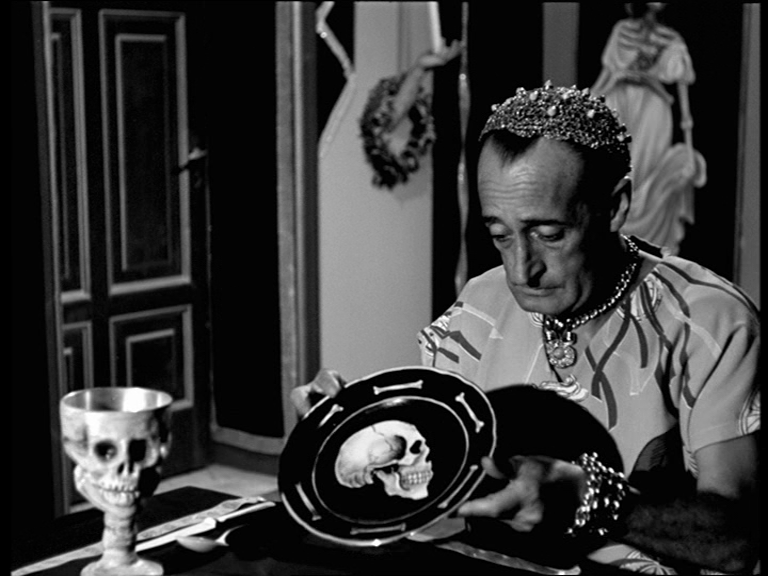