My bet : the people helping Eureka on those HK releases find this one and didn't check it wasn't original artwork, and people at Eureka trust it.
Top

Well that twitter post’s gone.
I wonder if it’s the same people behind the Screenbound reissue of Blood on Satan’s Claw...or just a similar approach to QC that led to a similar situation with its cover art.
Top

Not the same people.
Most likely not the same approach.
Similar results.
But wow the people on Twitter are clearly clueless as to how such a thing can happen and are thoroughly willing to hyperbolingly throw the whole company under the bus.
I will also never understand people who first make it public and only then might reach out to the responsible to see what happened. Hey, let's rant first and only then see if they're actually bad guys !
Top

Sadly, that seems to be the world we live in. The internet’s just helped to fan the flames.
Top

I think anyone who followed the RareHorror controversy on Twitter a few weeks ago knows how strongly people on Twitter feel about supporting artists maligned by brands.

Eureka responded to Tony’s tweet (which is still up) saying that they have now emailed him and it looks like their trying to take the damage control away from Twitter. Hope this gets reasonably resolved.
Top

I trust Eureka for this to be a simple but unfortunate oversight.
However, these Twitter responses don't just show people's choice of support but their cluelessness about the possibility something like this can happen.
I was just reading this morning a similar case that happened to L'avant-scène (famouse French movie mag) on a Godard dossier : they thought the pics they chose to illustrate an article were public : they weren't. But they simply settled the mattee with the photograph, who originally requested the copies to be recalled, and that was it.
And we're talking about a 50+ years magazine, à la Positif or Cahiers du cinema.

So yeah : it happens.

It also is a different situation to me than the Screenbound one, notably because it was detected before the release and Screenbound did pretty much nothing nice for the artist and seemingly never tried to settle this in a helpful manner. Here, Eureka contacted the artist within 12 hours, seemingly to find an agreement (and, I suppose, thoroughly apologise as a sign of good will).
Top 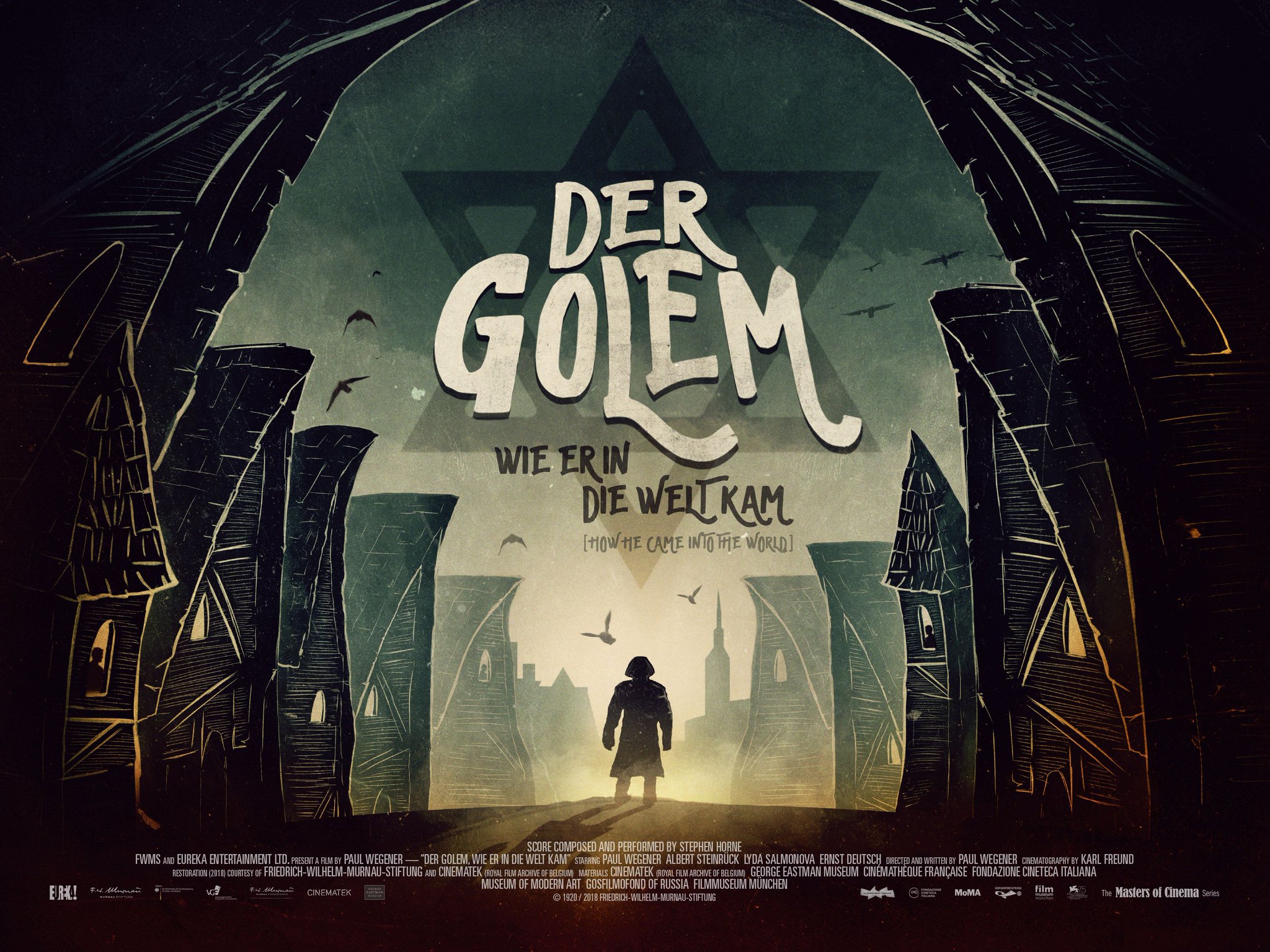 Surprised that all the slipcovers for The White Reindeer have seemingly sold out.
Top

Very pleased to receive the Fuller set as a gift today. I love the packaging and compactness of this one. Thick box + slim cases is a winner.
Top 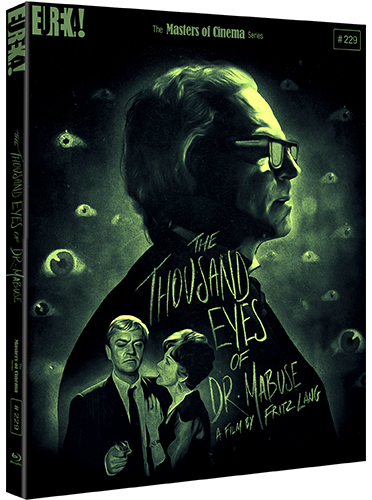 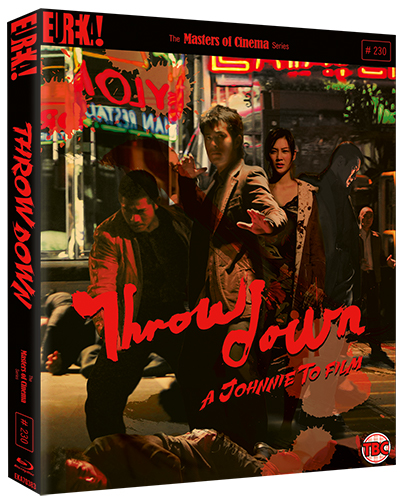 The Mabuse reminds me of an Arrow cover, I'm sure the artist has done work for them in the past.
Top

Not sold on that weird filter they've put on top of the Throw Down still.
Top

Eureka just announced that they will be switching to a 14mm Scanavo case from 14mm Amaray beginning in January 2021 as the Amaray case is no longer being manufactured. As I expect I'll have some broken cases at some point for my legacy Eureka, BFI, and Arrow titles, I'd like to lay in some replacement cases. Does anyone have a good source (preferably in the US) for the clear double-disc 14mm Amaray Blu-ray cases (with flipper insert)?
Top

I saw that announcement, and please forgive me case ignorance, but: does this mean that Arrow, BFI, and Indicator (for their standard editions) are also switching to the Scanavo cases?
Top

BFI has been doing Scanavo cases for a few months now, both of the Ozu's they've released this year have been Scanavo.
Top

DeprongMori wrote: ↑
Fri Oct 23, 2020 1:32 pm
Does anyone have a good source (preferably in the US) for the clear double-disc 14mm Amaray Blu-ray cases (with flipper insert)?

I bought a bunch of different cases for replacements at the start of the year, and after much searching the only non-wholesale place I recall finding Amaray cases for sale was on ebay. You were, however, able to find listings for disc tray's separately. If anyone knows of somewhere more consistant, I'd definitely be interested to hear about it too.
Top

I know this thread isn't as well travelled as other cover-art threads but this is really excellent and well worth posting here.
Top

It's nice to get those two, but one might've hoped for some of the 1930s films: Pilgrimage, the Will Rogers films, Drums Along the Mohawk. Of course, there's probably a thousand good reasons that those weren't available/chosen.
Top

Straight Shooting, Hell Bent, and the two Paul Leni films come from the same efforts by Universal to restore their silent film catalogue, yes? Does anyone know what other Universal silent restorations are underway or completed?
Top

What A Disgrace wrote: ↑
Thu Jan 28, 2021 12:44 pm
Straight Shooting, Hell Bent, and the two Paul Leni films come from the same efforts by Universal to restore their silent film catalogue, yes? Does anyone know what other Universal silent restorations are underway or completed?

Kino Lorber has been releasing most of Universal’s silents in the US, other than Flicker Alley’s discs for The Man Who Laughs and The Last Warning.

So far, what they’ve released:

20,000 Leagues Under the Sea
Straight Shooting
Hell Bent
Outside the Law
Reginald Denny Collection - with The Reckless Age, Skinner’s Dress Suit, and What Happened to Jones
The Shakedown

With the following either announced or hinted:
Sensation Seekers
The Hunchback of Notre Dame
Top

Outside The Law, in particular, sounds like a likelihood for a Masters of Cinema title, as it may be their only opportunity to get a Tod Browning title, and they probably won't get many more shots at Lon Chaney either. It and Hunchback would make an interesting double feature.
Top

I'm guessing The Shakedown is also a probability, being William Wyler. That said, as much as I love the announcement of these Ford and Leni films, I'm surprised they're coming out with the silent films so frequently. I thought they were slow sellers traditionally? I guess if they can drum up enough excitement (and...limited edition slipcovers), they might engineer more sales. Makes sense why they didn't do a Leni box set, for example.

I also now wonder if they're more likely to do the Capra silents from Columbia, rather than Indicator or Criterion?
Top

Silent films such as Sunrise and Metropolis were at one point listed as their top 10 sellers. Frankly I think MOC and Eureka, which seem more similar than ever, has carved out a really nice identity for themselves at this point. For the most part we are getting silents and horror films, with the latter including a lot of foreign titles. That, plus the occasional classic American studio title with an excellent encode/restoration. Honestly there isn't much they've released in the last year or so I wouldn't blind-buy and I much prefer this slew of titles to most of their UK releases of films Olive or Twilight Time had already put out. (not that those were bad, mind you, but it seemed to be a high % of their releases for a while)
Top

I just got my copy of Lucky Stars, and it did not have the new Scavano case; rather it came in the old Amaray case.
Top
Post Reply
1599 posts