Discuss DVDs and Blu-rays released by Criterion and the films on them. If it's got a spine number, it's in here. Threads may contain spoilers.
Post Reply
57 posts
Message
Author

Soderbergh sez that the other image change was
SpoilerShow
fixing the date on one of Graham's videotapes so it isn't the same date he interviewed Ann
.
Top

SpoilerShow
What is the point of changing that window decal? It's barely legible in the first place. (I assume it's just some kind of parking pass or something?)
Top

The Narrator Returns wrote: ↑
Fri Jul 20, 2018 1:52 pm
Soderbergh sez that the other image change was
SpoilerShow
fixing the date on one of Graham's videotapes so it isn't the same date he interviewed Ann

Ahh, I see it now

SpoilerShow
The film originally had the same date (22 Aug 88) on both Cynthia's & Ann's tapes, even though the film clearly shows they do not record them on the same day. Now Ann's tape is from the day after Cynthia's (23 Aug 88) 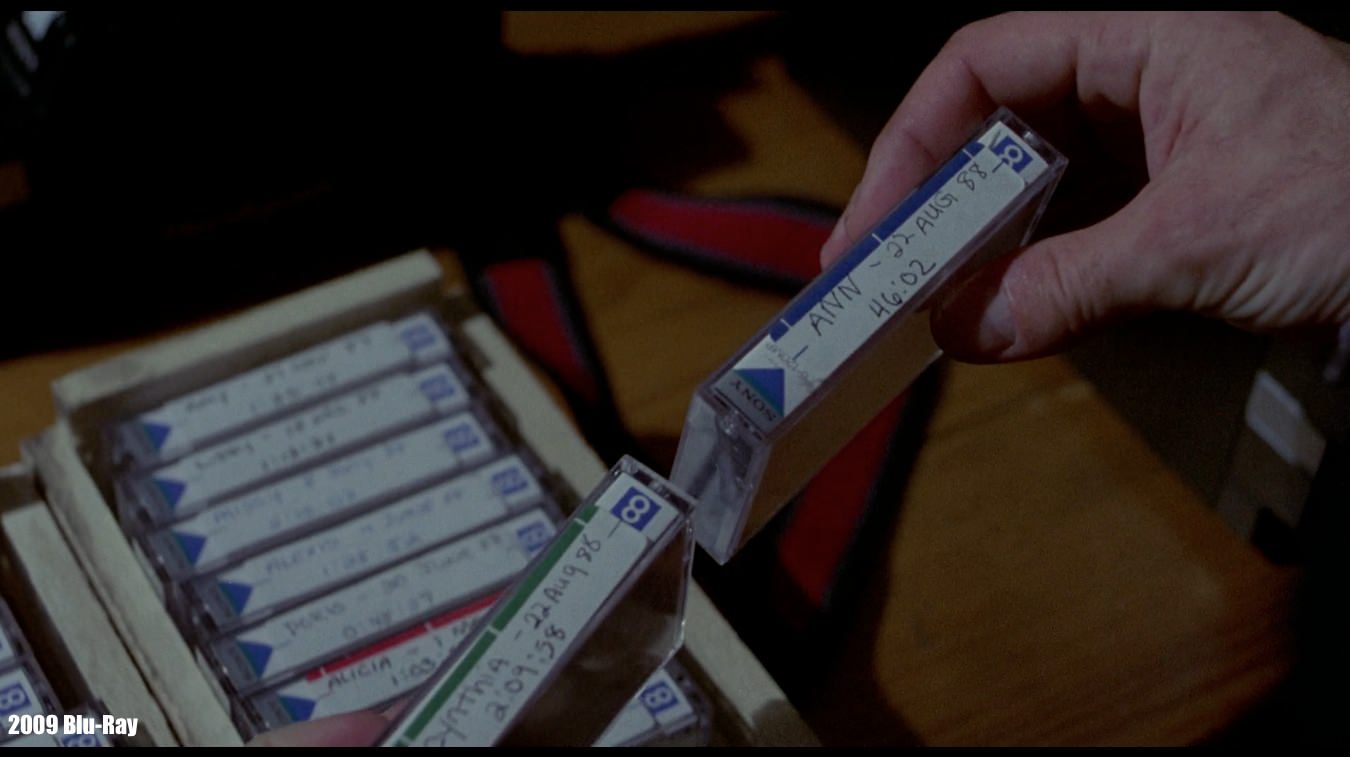 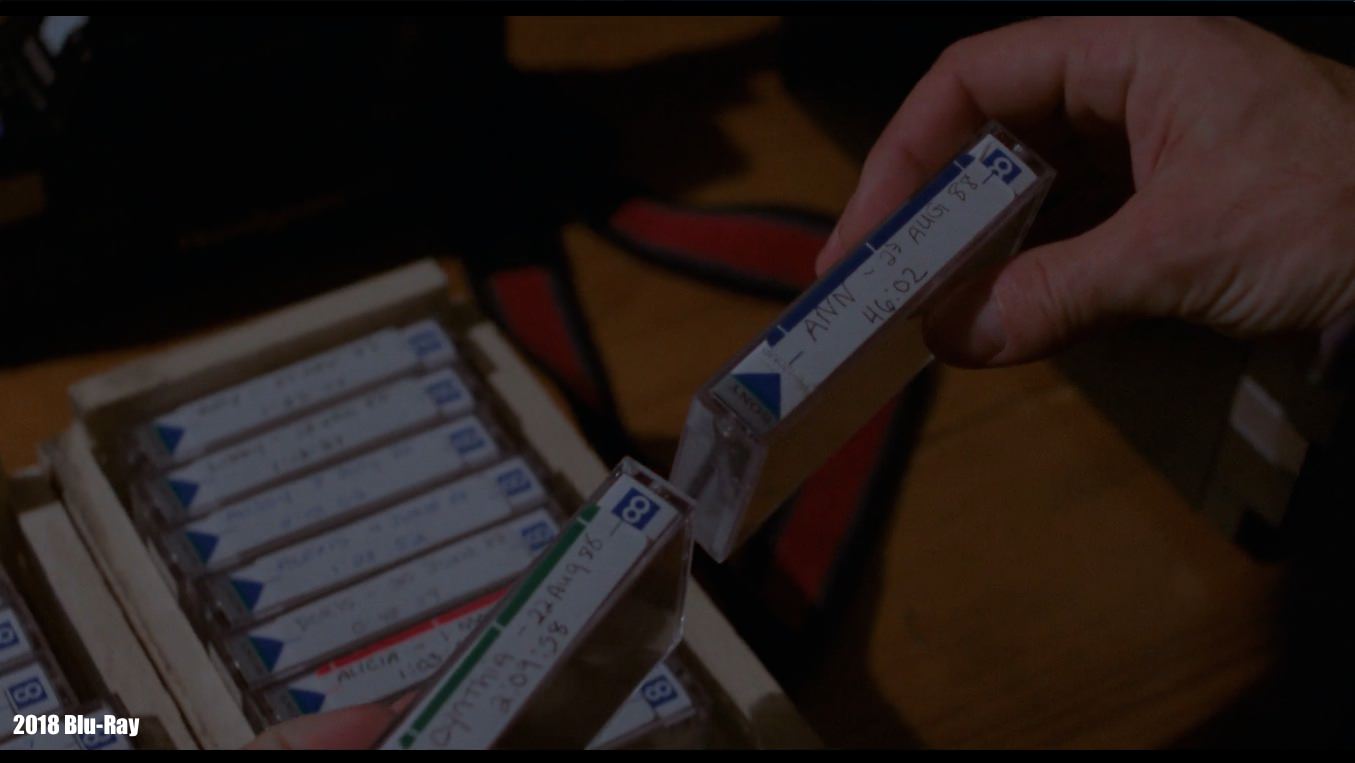 Werewolf by Night wrote: ↑
Fri Jul 20, 2018 1:59 pm
SpoilerShow
What is the point of changing that window decal? It's barely legible in the first place. (I assume it's just some kind of parking pass or something?)

SpoilerShow
Not sure, the unaltered pass shows it's from Kenner, Louisiana. Maybe Soderbergh either considered that a continuity error (since the film was mainly shot in Baton Rouge, while Kenner is outside of New Orleans); or maybe because Soderbergh didn't want any specificity about the setting (I don't recall any other explicit references to where the film is taking place if you don't recognize the locations)

EDIT: Found the new interview referenced a couple times on the forum today (regarding the other change & UHD/HDR). Soderbergh states "We did two minor visual things; one was something that had always bugged me that was kind of, if not a mistake, certainly weird. Andie’s car was a rental car, and it had a sticker from a company in Kenner in Louisiana. It’s very prominent in the frame and it’s always bugged the shit out of me. So I finally asked, 'Can somebody take the word Kenner off of that decal, please, because it’s annoying.' The other fix was – and how we didn’t notice this on the day, and for decades after, I don’t know – when Peter Gallagher picks up the tape of Ann’s interview, there’s a tape next to it and it has the same date on it as Ann’s tape. Larry caught that one. He said, 'Uh, unless I’m missing something, I don’t think Graham did two interviews that day.' And I said, 'No, he didn’t.' So that was the other one that we fixed."
Top

I'd say don't throw away your old blu-ray copy if you have it, but the new Criterion is well worth getting if you love this film like I do. At the very least the extras on the Criterion make it worth a rental.
Top

The VHS Video Vault YouTube channel has made a great upload of Barry Norman's Guide To Cannes, which happens to be from the 1989 festival. Whilst the first two thirds of the programme are OK but a bit overly UK-centric (though it is really interesting to see Brummie comedian Lenny Henry at the height of his fame being pushed internationally. That did not really last long, especially after his single big theatrical bid for the US box office, 1992's True Identity, in which he apparently got the terrible advice to drop the Brummie accent for an atrocious faux American one, flopped disastrously. I mean who needs faux Eddie Murphy when Eddie Murphy already had that covered?), but the final section covers behind the scenes of the press interviews and premiere of Sex, Lies and Videotape.
Top

With all apologies for the late response. I recently picked up the U.K. Criterion BD, so have only just gone through this thread.


Werewolf by Night wrote: ↑
Fri Jul 20, 2018 1:59 pm
SpoilerShow
What is the point of changing that window decal? It's barely legible in the first place. (I assume it's just some kind of parking pass or something?)

As an ex-resident of Kenner, LA, I can confirm that this is a vehicle inspection sticker, known locally as a brake tag. Every year (or two years now), you go to a brake tag station where they make a cursory check of your brakes and lights, slap a sticker on the inside of your windscreen, and charge you for the privilege. It’s as much a local tax as it is a safety inspection, as the checks are a bit of a joke; they are nowhere near as comprehensive as the U.K. MOT checks.

Baton Rouge residents have to get their vehicles inspected in their own locale, so it wouldn’t be legal for a BR resident to have a Kenner brake tag. Soderbergh, of course, would be aware of this — hence his retroactive decision to erase the sticker’s details from the new film master.
Top