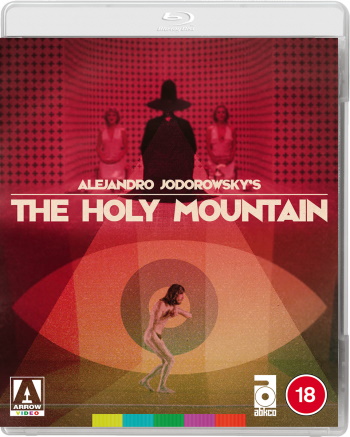 The scandal of the 1973 Cannes Film Festival, The Holy Mountain is a sprawling phantasmagoria of sacrilegious visual excess and existential yearning.

Jodorowsky’s most ambitious film sees the director himself play The Alchemist, a guru who guides a troupe of pilgrims, each representing a planet of the Solar System, on a magical quest to Lotus Island where they must ascend the Holy Mountain in search of spiritual enlightenment.

The Holy Mountain is presented here newly restored in 4K with a selection of informative new interviews and extras which provide unprecedented insight into this momentous film.