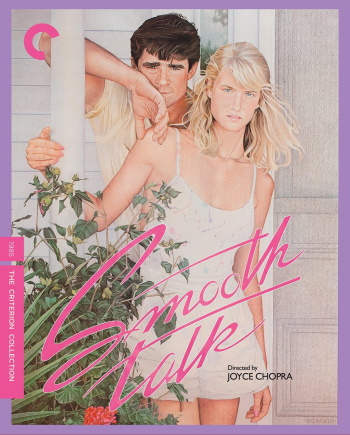 Suspended between carefree youth and the harsh realities of the adult world, a teenage girl experiences an unsettling awakening in this haunting vision of innocence lost. Based on the celebrated short story “Where Are You Going, Where Have You Been?” by Joyce Carol Oates, the narrative debut from Joyce Chopra features a revelatory breakout performance by Laura Dern as Connie, the fifteen-year-old black sheep of her family whose summertime idyll of beach trips, mall hangouts, and innocent flirtations is shattered by an encounter with a mysterious stranger (a memorably menacing Treat Williams). Winner of the Grand Jury Prize at Sundance, Smooth Talk captures the thrill and terror of adolescent sexual exploration as it transforms the conventions of a coming-of-age story into something altogether more troubling and profound.