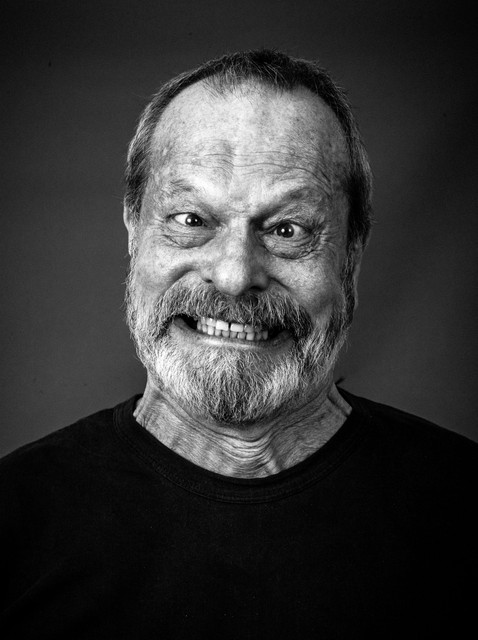 "I really want to encourage a kind of fantasy, a kind of magic. I love the term magic realism, whoever invented it — I do actually like it because it says certain things. It's about expanding how you see the world. I think we live in an age where we're just hammered, hammered to think this is what the world is... and it's not the world. The world is a million possible things."

Luke M wrote:Is it ok to say he’s not that good? Even 12 Monkeys is fairly mediocre.

I'll just go the full step and say he never made a great movie.
Top

dda1996a wrote:It's OK to say so but I also think it's OK to say you're very wrong. It might not reach Marker's heights but 12 Monkeys is a great movie. I'll say everything post Fear and Loathing ranges from mediocre to bad (haven't seen Tideland, partial to Imaginarium) but this looks like a return to former. I'll watch almost anything with Pryce and Driver

12 Monkeys is his best film, I love how it honors Marker by including an homage to Vertigo in a nod to Sans soleil. Like all of Gilliams films, it’s somewhat flawed by Gilliam‘s tendency for excess (Brad Pitt‘s performance) but together with The Fisher King it’s his most controlled film.

For all it’s production problems, on the other end is The Adventures of Baron Munchausen, which may be the most out of control Gilliam movie but it’s often very beautiful. I prefer it to Brazil which has a good first half but then feels like getting whacked around the head for another hour. All three major movie versions of Baron Münchhausen are visually astonishing and Gillliam was no doubt strongly influenced by Josef von Báky’s and Karel Zeman‘s adaptations.

I like The Fisher King but I find its two female supporting characters (Mercedes Ruehl and Amanda Plummer are fantastic !) far more interesting than its two male protagonists.

Starting with Fear and Loathing his films have become increasingly unwatchable for me.

I‘m not sure whether Gilliam has ever made a “great” film but I also don’t think he was ever mediocre.
Top

Luke M wrote:Is it ok to say he’s not that good? Even 12 Monkeys is fairly mediocre.

I'll just go the full step and say he never made a great movie.

I really liked Time Bandits, but haven't seen it for around two decades.
Top

I think Gilliam's most fruitful period was essentially between Jabberwocky
and Fear and Loathing in Las Vegas. The films he has made since then
have been rather meandering and formless (The Brothers Grimm, The
Imaginarium of Doctor Parnassus, for example).
Top

I haven't seen his first, but disregarding Monty Python (often hilarious, but more like compilations of skits and jokes than fully realized films), films #2-4 are his best. All excellent, and not only does he get better and more imaginative with each one, he seems to mature as well. He's already well into adulthood by the time he's making these, but Time Bandits is designed as a boy's fantasy, Brazil feels like the type of film a disillusioned, cynical teen or young adult would make, and my favorite The Adventures of Baron Munchausen is the grand type of fantasy an older man would make (and does center on an older man).

After that, his work has merit, but they don't rise to the same peaks. The Fisher King is a wonderful interpretation - everything really good about it came from him and the excellent performances from Bridges, Williams and Ruehl and it makes up for the fact that the script and story is pretty dopey. 12 Monkeys looks great but I was never convinced that it had anything insightful to add to Chris Marker's original film. I haven't seen his recent work but I know people who really like The Imaginarium of Doctor Parnassus and will eventually see it.
Top

Parnassus and Zero Theorem have merits but, much like Tim Burton, I feel Gilliam was undone by easy access to CGI (doubly so since he doesn't have big budgets). There's no sense of wonder or awe to his fantasy-scapes the way even the opening of Meaning of Life has.

I do remember feeling that Tideland was unjustly ignored at the time.
Top

I liked TIDELAND a good deal, a messy discomfiting work that got unfairly dismissed because it made a lot of reviewers really uncomfortable. PARNASSUS is just a mess -- it's not so much Heath Ledger's passing that was the problem, but the fact of his being cast at all: the movie only begins to work when Colin Farrell takes over the role, bringing a basic warmth and humanity to the role that Ledger just wasn't supplying.

And ZERO THEOREM was sunk by a flimsy script that felt like a retread of BRAZIL. I've got hopes for QUIXOTE, but the ubiquitous Adam Driver isn't making me enthusiastic. We'll see.
Top

Even by Gilliam’s standards of late, this Independent interview is a lot
Top

I feel like the article is kinda worthless without the transcript though - way too much summarizing, especially of the interviewer’s words, to know what was really said.

And I don’t necessarily mean that as a defense of Gilliam, perfectly possible the writer cleaned up what he said a little and he’d come across even worse in the full transcript. Just saying that I have a hard time taking articles like this at face value.
Top

DarkImbecile wrote: ↑
Sat Jan 04, 2020 11:32 am
Even by Gilliam’s standards of late, this Independent interview is a lot

Gilliam has always held bourgeois propriety in contempt from a sort of ill-defined anarcho-left position. That's been a constant with him. He is identifying corporate wokeness as the latest iteration of that class's very narrowly defined moral crusade and thus rebuking it. As he's always done.


Brian C wrote: ↑
Sat Jan 04, 2020 12:11 pm
I feel like the article is kinda worthless without the transcript though - way too much summarizing, especially of the interviewer’s words, to know what was really said.

And I don’t necessarily mean that as a defense of Gilliam, perfectly possible the writer cleaned up what he said a little and he’d come across even worse in the full transcript. Just saying that I have a hard time taking articles like this at face value.

This is what young writers do now to get clicks: bait famous people into saying "outrageous" things (or reframe long interviews around such topics), hopefully rack up rage-induced page-views and social media shares. We saw this recently with Goldblum and Scarlet Johansson and their "shocking" takes on Woody Allen, and it's been a standard shtick of David Marchese's in New York magazine for some time (Norm McDonald and Martin Short come to mind).

It's very cynical and very boring and very much of a product of American professional class liberalism's 3-5 year fit of hysteria.
Top
Post Reply
11 posts • Page 1 of 1