Sauvage innocence (2001) Why Not Productions

Right and True: An Interview with Philippe Garrel

Facebook Page *This page is not managed by Philippe Garrel himself.

A Life in the Theater: Philippe Garrel on Jealousy by Miriam Bale

Le Révelateur: Philippe Garrel, May ’68 and the Zanzibar group by Pip Chodorov

The Cost of Living: Philippe Garrel’s J’entends plus la guitare by Adrian Danks

‘Look at us in the mirror’: Art and Intimacy in Philippe Garrel’s Emergency Kisses (Les baisers des secours, 1989) by Joanna Di Mattia

Cannes 2015. Of Men and Bad Faith: Philippe Garrel's "In the Shadow of Women" by Marie-Pierre Duhamel

'The Birth of Love' by Stephen Holden

A Life in Film: Philippe Garrel Talks About His Newest Work 'Jealousy' in Film Comment by Alexander Hunter

A Family Puts Itself Under the Lens by Eric Hynes

"Sad and Proud of It: The Films of Philippe Garrel" by Kent Jones

The Everyday Fantasies of Philippe Garrel by Colleen Kelsey

NYFF51 Spotlight: Philippe Garrel Delves Into His Past in "Jealousy" by Julia Kennedy

WAVE AFTER WAVE by Tony Pipolo

Masculine Subjectivity and the Representation of Woman: the films of Philippe Garrel by Hilary Radner

“Africa is a Revolutionary Country”: Sally Shafto’s Zanzibar: The Zanzibar Films and the Dandies of May 1968 by Keith Reader

Jealousy or, What Does Philippe Garrel Want? by Vadim Rizov

Love May Not Be All You Need After All by A.O. Scott
Love and Unhappiness, in Soft Shades of Gray by A.O. Scott
‘In the Shadow of Women’ Focuses on the Female Sides of a Triangle by A.O. Scott

Le Révélateur and The Grandmother by Brad Stevens

mingus wrote:News regarding a possible R2 DVD in 2005:


Okay, LA CICATRICE INTERIEURE was supposed to be on the forthcoming DVD title THE VELVET UNDERGROUND & NICO + VINYL but there are problems with rights which (currently) can not be solved in time for our DVD release so we have had to leave it out. However, there may be a possibility that this title can be released next year.

What confirms this and let's it look even more possible:

So let's hope for the best. I for my part cancelled my order of the existing R2 DVD from Japan, which is reported to have a bad transfer and burnt-in japanese subtitles.

some teasers for the unacquainted:

These pics look great! I keep reading about this french director and I wouldn't mind picking this particular film up - I believe it's his most famous. What is the film about, anyway?
Top

Annie Mall wrote:What is the film about, anyway?

That's really hard to say. Ultimately it's about relationship. (sorry, i can't be more specific - but story isn't the important factor here) Philippe Garrel despises most of his early works for relying foremost on images as opposed to telling a story. He may be right that this film hasn't much to "say" (in a straightforward kind of way), but it also never left my mind after seeing it for the first time* at the Vienna International Filmfestival in 1995 (he even attended the screening). That also has to say something about a work of art. One simply doesn't forget Nico's moaning and all the beautifully shot landscapes.

"La cicatrice interiÃ¯Â¿Â½ure"(with Nico) and "Les hautes solitudes"(with Jean Seberg) are among the most haunting(in a good way) cinema experiences of my life. I 'll never forget that day in 1995 and the atmosphere. I hate directors who think they have grown past their early work and try everything to suppress it from the, at least, video watching public.
Top

from MK2 in May. Pray for subtitles. I wasn't able to find any info on MK2's website yet.
Top

mikebowes wrote:from MK2 in May. Pray for subtitles. I wasn't able to find any info on MK2's website yet.

They've done English subs a number of times... Kiarostami's THE WIND WILL CARRY US, the Bresson boxset, etc.

They are very hit and miss though (with regard to including English subtitles).
Top

peerpee wrote:They've done English subs a number of times... Kiarostami's THE WIND WILL CARRY US, the Bresson boxset, etc.

Id forgotten the Bressons. But of course they had already signed up releases in the UK and Australia.
Top

MK2 has also put subs on all of its Truffaut discs (only on some extras), its great 80s Resnais boxset (not on extras), two out of four films in its Pintilie boxed set, along with Pintilie's THE OAK and AN UNFORGETTABLE SUMMER (not on extras), and several Chabrol titles (not on extras).
The moral? Maybe subs on film, but probably not extras.
Top

The brochure for this month's French Film Festival touring in the UK shows Artificial Eye as UK distributor for Les Amants rÃ©guliers and so an English-subtitled DVD should appear in due course even if the MK2 has none.
Top

This is on OZ TV next week.
Top

Anybody find out if the Mk2 releaseof Les Amants reguliers has English subtitles? If it doesn't, Brunosh's post certainly seems hopeful that Artifical Eye will get on it by the end of the year.
Top

Eh. Artificial Eye it is then.
Top

For what it's worth, the other films in the French festival I mentioned above which are listed as to be distributed by AE are Moll's Lemming and Ozon's Time to Leave (both opening in London next month) and Le Peron's I Saw Ben Barka Get Killed.

UK release of Regular Lovers is now up for pre-order at some UK e-tailers for release on 23 October 2006.
Top

I think it is the first Zanzibar film ever on DVD in the west...

Born in 1948, Philippe Garrel was the wunderkind of French cinema in the 1960s. His fifth feature, Le Lit de la Vierge, is a parable about Jesus set in modern times. Shot in the aftermath of the uprisings of May 1968, the film reverberates with the rebellious spirit of that period. Pierre ClÃ…Â½menti plays a Christ reluctant to assume his earthly mission, while the Virgin Mary (Zouzou, doubly cast as Mary Magdalene) attempts to reconcile him with his duty. Garrel invokes the Christian narrative only to reject a strict retelling in a chronicle that is episodic and nonlinear. In naming his characters Mary and Jesus, Garrel reminds us of the contestatory attitude of the '68 generation, for whom Jesus was a hippie avant la lettre. Made without a script and under the in3Ãš4uence of LSD, Le Lit de la Vierge is minimally concerned with traditional religion. It does, however, suggest the ways in which Garrel and his friends saw themselves as belonging to a kind of religious sect, engaging in ritual behavior.

For an interesting article on Zanzibar group, see here. I don't know whether there are English subtitles or not, but i have heard that the film's dialogue is minimal in any case... The DVD can be ordered from revoir's site
Top

It's not a bad idea to consolidate these posts into FilmFanSea's release calendar, which is stickied.

I don't know if Louis Garrel's CÃ©sar would be the reason to see this film as much as Garrel's methodical direction. It's the most honest illustration of the May 68 fallout that I've seen apart from Eustache.
Top

While we are on Garrel, Cahiers du Cinema will release (in september I guess) J'entends plus la guitare/Les baisers de secours. No words on english subs yet.
Top

It's the most honest illustration of the May 68 fallout that I've seen apart from Eustache.

Alain Tanner's 'Jonah, Who Will be 25 in the Year 2000', sadly somewhat forgetten now, is also a strong contender among '68 fallout' films.
Top

It's the most honest illustration of the May 68 fallout that I've seen apart from Eustache.

Alain Tanner's 'Jonah, Who Will be 25 in the Year 2000', sadly somewhat forgetten now, is also a strong contender among '68 fallout' films.

I was going to see this film last night, but was called away at the last minute to a meeting. Any good?
Top

I was going to see this film last night, but was called away at the last minute to a meeting. Any good?

By 'this film' you mean Les Amants Reguliers ?

Well...you may find it worth seeing for 'Garrel's methodical direction' and/or for William Lubtchanski's glorious photography...

I for one was very impressed with both. The film itself? I think it would greatly benefit from losing approx. 60 mins. I really don't see this as a film that will be remembered in 5 years time (or even 2 for that matter) but i think it's best if you see it for yourself and make up your own mind as I imagine this film has its supporters (even if i'm not sure entirely why...)
Top

There's an article on Philippe Garrel in the new (August) Sight & Sound. I didn't know he had made films with Nico (who was his longtime lover). I don't suppose there are any Garrel films on DVD with English subs, are there?
Top

I didn't know he had made films with Nico (who was his longtime lover).

There's a clip from The Inner Scar in Nico-Icon. The cover of Desertshore also comes from that film. 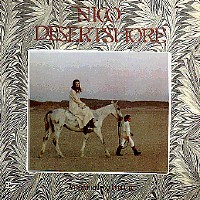 There's a Japanese dvd but I have no idea if it has subtitles or is even still in print. 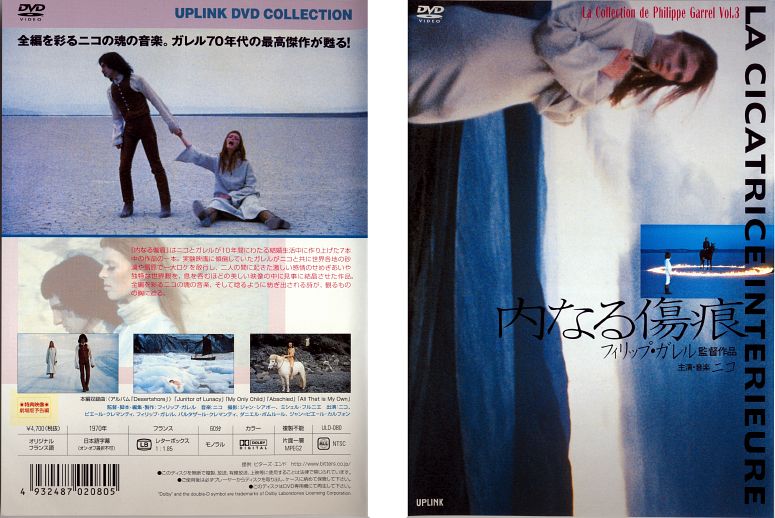 I saw it as well, and thought it was about as tedious as Bertolucci's 'The Dreamers': short on political substance, long on photogenic youthful poseurs smoking opium for hours on end. There is something incredibly ersatz about both films: a failed attempt to 'recreate' a period too literally, with a cast closer to fashion models than revolutionaries. I kept thinking that for the 'spirit of 68' on film, one should just return to the Godard leading up to that point ('2 ou 3 choses...', 'La Chinoise', 'Week End'). Or maybe we just have to wait for a 68-themed film with more grit and less Louis Garrel.
Top
Post Reply
163 posts