Anderson re-teaming with Daniel-Day Lewis for next project, set in 1950's New York City and about the fashion world.
Top

Adam Sandler's already making a fashion industry movie about the inventor of the thong bikini starring he, Kevin James, Rob Schneider, and half of the 2016 Sports Illustrated Swimsuit Issue. Straight to Netflix.
Top

Why do I wonder if this isn't about Bob Richardson, Terry Richardson's dad?
Top

Sounds promising of course, I just hope that Anderson finds something interesting to do with the 50s period setting -- I'm kind of itching for him to make a film set in the present again, but this is just me and my eccentricities.
Top

Count me in! And I, for one, think a reteaming of Daniel-Day Lewis and P.T. Anderson is an excellent idea.

Manny Karp wrote:Why do I wonder if this isn't about Bob Richardson, Terry Richardson's dad?

Richardson's life story is very Andersonian, but he didn't really work with the major fashion magazines until the mid-60s. If it's about a photographer, Irving Penn or Richard Avedon would be a better bet, but neither of them have particularly compelling life stories other than their major success. And there were pretty much no American designers of note in 1950s New York excepting maybe Norman Norrell and Charles James, but I'm not sure what kind of movies their lives would make either.

Of course it's unlikely that PTA would do any kind of straight biopic anyway (though he does tend to rely on real figures or literature for inspiration), so who knows what he's cooking up?
Top

Are there any Irish examples. Maybe Day Lewis can work in his natural accent.
Top

I hope he returns to the widescreen format.
Top

DDL got an honorary degree from my uni last year. He grew up down the road. I was helping out that day so got to sit right behind the man himself. He barely made a speech and seemed thoroughly awkward throughout.
Top

Isn't the other tidbit that they're looking for an "Eastern European" actress? Might the film be a twist on the old Svengali scenario?
Top

In the thread for The Master I wrote about how that film's gorgeous department store scene "spoke to my great longing to see a modern film about 1950's fashion and film photography, two great passions of mine" so I'm quite blown away that Anderson seems to be doing exactly that for this next film. I can't wait to find out more about this project. An American fashion drama has seldom been attempted in recent decades, much less one about people who worked in fashion in the 1950s (a time many people who currently work in fashion still regard as the height of the industry in terms of the designs and the photography), and Anderson seems like a perfect artist to explore that arena.

While it has been discussed that this might be about a photographer or a designer, I would consider too that this might also be about a model, or a make-up artist, or a hairstylist. Or knowing Anderson's past affinity for intersection character studies, it might focus several different kinds of people.

On a related note, one of the better dramas I can think of about somebody who worked in this industry in the 1950s is Puzzle of a Downfall Child (1970), which is a film that also strikes me as something P.T. Anderson himself would like. The director and co-writer, Jerry Schatzberg, was a former Vogue photographer in the '50s alongside Avedon and Penn, and based this film's story on his friend and fashion model Anna St. Marie. It has an astonishing lead performance by Faye Dunaway, and both the storytelling and filmmaking are very much of the late 1960s/ early 1970s "New Hollywood" variety. There's a French blu for those who might be interested in seeing it.
Top

I can also see an interesting angle play out. Not just about fashion but also about the garment industry as well, which really went hand in hand in the 50s. Especially if it's a NY centric film, which I think it will probably be. The garment industry in the 50s was a very unique environment. Lots of immigrants ran those showrooms with mob ties. Anderson could definitely marry the glamor of the photographer, designer with the more gritty side of the garment industry.

It's fun to speculate. The possibilities are mouth watering.
Top

knives wrote:Are there any Irish examples. Maybe Day Lewis can work in his natural accent.

I'm not sure if this is a joke I don't get, but his natural accent is English. He's only Irish by naturalisation after moving there in the early 90s.
Top

The shop scenes in The Master are the only ones I can recall. So this is welcome news.
Top

Some further speculation on this project.
Top

Focus Features has acquired it, will release it next year
Top 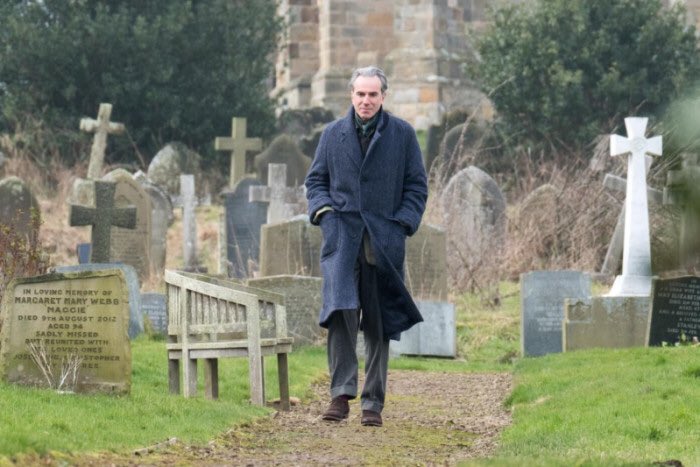 According to someone who was at the British rental company this film is using, Paul Thomas Anderson will be serving as his own DoP for this film.
Top

I've noticed that none of his recent Radiohead videos have a cinematographer listed in their credits (just camera operators), so maybe he tried that there and liked it enough to do it on a (much larger) scale, now that Robert Elswit is currently busy with two films.
Top