Sure. I enjoyed discovering the new (to me) footage. Don't think many forthcoming live sets will rival that Montreux date. One of the funkiest jams laid down by Prince & Co. from the maligned Crystal Ball album.
Top

So, apparently, Plectrumelectrum (2014) is an album comprised of live tracks Prince did with 3rdeyegirl, culled from various dates. Supposedly. If so, it was certainly retouched in the studio. Released a couple of years ago it accompanied Prince's solo album, Art Official Age. I've had Plectrum on repeat play this morning - though Prince appears to be just another musician among the three women who are 3rdeyegirl his presence dominates the album, particularly his guitar playing and songwriting. Frankly, the band functions, ultimately, as another really good collaborative front for a distinctively Prince playground. Wow, the opener (live here, but without the polish of the album version) is one of the best tracks. The instrumental title track isn't bad, either. Nice flow, overall, and grows on you but you'll undoubtedly have favorites. One of his better funk/rock efforts.

What gets me are the reviews grading the album as something of a failure by Prince to get back to his Purple Rain edginess. Since when did Prince ever attempt to repeat anything he dropped previously?
Top

and, of course, the famous Syracuse University concert circa '85.

Apologies for the suddenly busted links. The NPG corps are back with a vengeance. Enjoy 'em while you can.
Top Rootie Kazootie came on rotation a few minutes ago. It's a cut from just one of several so-called unpublished iVault albums from Prince's early 90s work. Most are repped on YT for now. I like his light jazz/funk stuff. There isn't a lot of sophisticated development but it's certainly heads above that innocuous, radio-friendly smooth jazz material. Not sorry to see those stations go. Repost of the "funkiest jam" from Crystal Ball.
Top

Found this interesting, he played "Purple Rain" for Jonathan Cain and Neal Schon of Journey before it came out, because he thought there were similarities between it and their hit "Faithfully".
Top

Ha! I was just listening to that Journey song on the radio and thinking how closely it resembled "Purple Rain"! Prince was right.
Top

Purple Rain was always a drag to me. I don't even think it was one of Prince's favorites. He thankfully stopped playing it on tour dates. As far as ballads go - even the push-up-ya-lighta types - Adore, Do Me Baby, BetchabyGollyWow or Joy in Repetition are my faves. None of them, though, became anthems the way PR did. Must have bugged him a bit.
Top 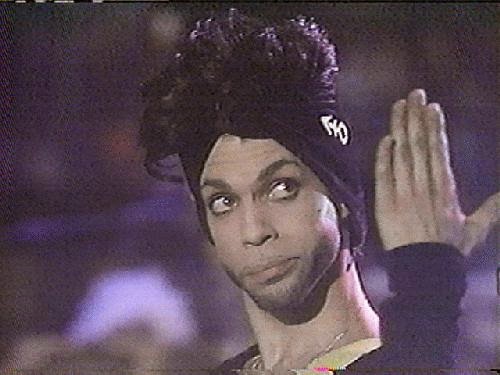 That's right. Five cuts featured in the film, Purple Rain, that weren't included on the Prince & The Revolution release:

ando wrote:Purple Rain was always a drag to me. I don't even think it was one of Prince's favorites. He thankfully stopped playing it on tour dates. As far as ballads go - even the push-up-ya-lighta types - Adore, Do Me Baby, BetchabyGollyWow or Joy in Repetition are my faves. None of them, though, became anthems the way PR did. Must have bugged him a bit.

Same here. It's easily my least favourite song on that album, but I generally don't have much time for Prince's ballads (of the ones you cite, I only like 'Joy in Repetition') with very few exceptions (e.g. 'Nothing Compares 2 U', 'Time Waits for No One', 'Sometimes It Snows in April' - though that last one is in serious danger of becoming overrated). I think he was really good at writing more traditional 'American Songbook'-style ballads, but he very rarely took that route. I'm thinking of songs like 'How Come U Don't Call Me Anymore' and 'Under the Cherry Moon', but can't think of too many more in that vein. Who knows? Maybe there's an entire Cole Porter-esque album hidden away in the vault?

I think the immense popularity of 'Purple Rain' as the default tribute song since his death is largely down to it being the easiest big hit to cover: it's a straightforward lighters-aloft rock ballad, that can be pulled off in a reasonably straightforward rock arrangement (particularly if you don't pay too much attention to Wendy Melvoin's unusual chordal voicings). If a regular band wanted to cover 'When Doves Cry', for example, they'd need to come up with an entirely new arrangement.
Top

Ever hear the initial versions of When Doves Cry with the bass line included? Sounds fairly unremarkable. Same for Kiss which, as I recall, was a happy accident by a studio engineer. As far as covers of Doves go, have you heard the Patti Smith version?
Top

What did you make of last night's tribute, ando?
Top

ando wrote:As far as covers of Doves go, have you heard the Patti Smith version?

Thanks Ando. That's pretty awesome. I could see Prince digging this version.
Top

I liked how it was used in Romeo + Juliet.
Top

flyonthewall2983 wrote:What did you make of last night's tribute, ando?

This? (repost 5/26)
Man, they were selling soap. What did folks expect - The Material Girl's version of Black Sweat? 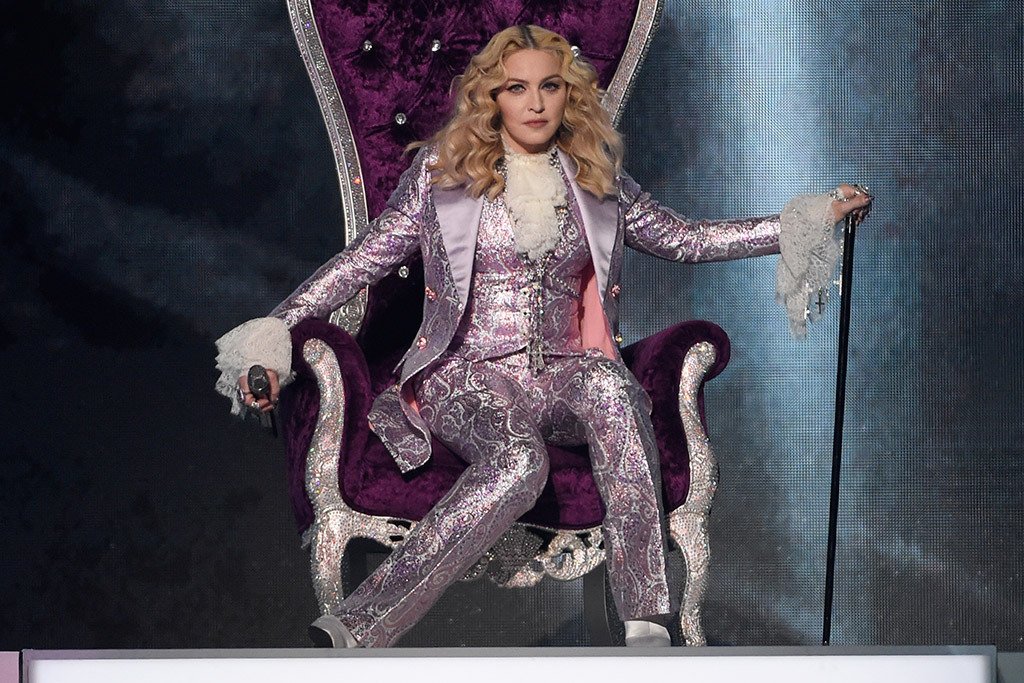 It's darkly funny that she did "Nothing Compares 2 U". I heard she talked major crap about Sinead O'Connor, when that song and video were blowing up.

Speaking of movies, Sinead's version in Forgetting Sarah Marshall is another kind of dark hilariousness.
Top

Madonna's cool but Sinead rocked it. Need to check out Forgetting...

One of the best, surely.
Top 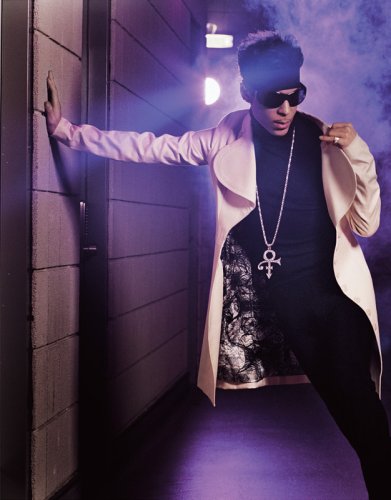 The Indigo Sessions are great, so much there to boogie.

Also that Madonna and Stevie Wonder BBMA performance was like hearing Prince died all over again.

They would have been better off showing a YouTube link to him and Sheila E doing Love Bizarre.

Black Hat wrote: They would have been better off showing a YouTube link to him and Sheila E doing Love Bizarre. 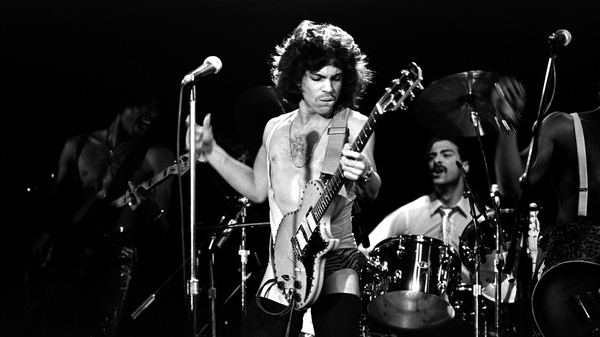 Nobody was doing it like this in the late 70s/early 80s. No one, really, ever did it like this - not even Little Richard. Thank goodness he had the balls - or should I say panties to do it. Ha.

Man, I wish I still owned this one. The 3 or 4 minute version of America on Around The World In A Day is a teaser. The extended live version ain't half bad.
Top

Questlove's instagram post earlier today included the Source cover and reaction that I thought I'd share - Quest is usually smart on the subject of Prince. Though, to be honest, I never give much thought about the meaning of famous personages on various magazine covers with so much of the info contained within being fairly ubiquitous. Questlove wrote: 1st i chuckled cause well...---ok it's been a min since I saw The Source but after I pondered ----yeah it made sense: 1) came from troubled home 2) limited access to music forces him to create his own world of music 3) Overcame Poverty 4) creates fictional background tales to keep the press guessing 5) lives by the DIY creed 6) takes fashion taboos & makes them mainstream and acceptable 7) cock blocks & steals yo lady on the low (ask Rick) 8) puts his crew on---get them deals & makes them stars 9) pretty much wrote the book on gettin some better than any of his contemporaries 10) had beef w his peers who hated on him 11) invented the remix (not disco edits, but reimagining the album version) 12) played mystery card---let us think what we wanted---gave the press middle finger 13) ghostwrote for everyone 14) used mad aliases 15) refused 2 b ordinary & eschewed the proper English language as a ways 2 communicate 16) knew the B side wins again and again 17) used the exotic honey to his advantage 18) used his music to give his views on the po po, politicians, gun control, war, god, squares & "the man" 19) turned a long music video into a revolution 20) best drum machine programmer ever 21) used synthesizers as a way of life 22) could make an entire album in less than a week 23) balled so hard in Paris & other parts of France---so he made a film about it. 24) cut his crew off and got a new crew. 25) went all hippie like it was nothing. 26) made dis records 27) never wifed em, mostly replaced em 28)started his own label 29) Parental Advisory was invented because of him 30) made a Black Album w a chip on shoulder to prove to black people he was still bad. 31) plays sports better than u 32) had mad songs in the stash 33) had an MTV mansion/compound long before anyone did 34) changed looks constantly 35)dropped music on the net in record time 36) looked out for his peeps on the low doing benefits and raising money like a modern day Robin Hood 37) tries taking on the man for his complete freedom 38) couldn't tell him NOTHING 39) always escaped into thin air 40) left us way too early

Getting The Black Awards back in '85.

Just a curio - I was watching this Amy Winehouse doc earlier and wondered if she ever sang with Prince. And, wow, she did.