Older folks walk, stand and carry themselves differently than they did 30 years prior. This needs to be not just a facial de-aging, but the whole works. Has there been film that has made a 30 year jump backwards using this technology?
Top

domino harvey wrote: ↑
Tue Feb 26, 2019 1:54 pm
They should have just cast other actors for the younger parts, as I suspect the uncanny valley will be too strong here

That was great and pretty seamless/convincing BUT it was a very brief scene, whereas this is going to be far more extensive. So yeah. I can see why the budget is headed towards $200 million.
Top

Jeff Bridges in Tron Legacy wasnt too bad either.
Top

The funniest recent example of this was in the opening of Ant-Man, where Michael Douglas is impressively de-aged but all of the other (younger) actors in the scene appear to have been aged up with standard make up!
Top

Kurt Russell also looked exceptional in Guardians of the Galaxy 2. It's entirely possible to de-age someone and have it not look horrendous. Some of this is practical but a majority of it was visual effects. With the right amount of time and effort I imagine the actors won't look too...uncanny valley-ish. 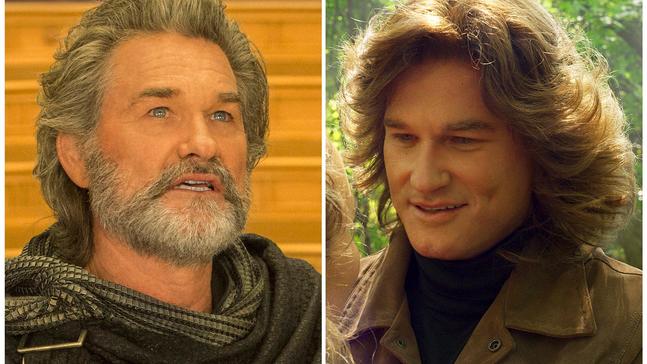 colinr0380 wrote: ↑
Tue Feb 26, 2019 4:35 pm
The funniest recent example of this was in the opening of Ant-Man, where Michael Douglas is impressively de-aged but all of the other (younger) actors in the scene appear to have been aged up with standard make up!

The sequel had the most convincing de-aging I've seen so far, doing absolutely seamless work with Michael Douglas, Michelle Pfeiffer, and Laurence Fishburne. However,

FrauBlucher wrote: ↑
Tue Feb 26, 2019 2:18 pm
Older folks walk, stand and carry themselves differently than they did 30 years prior. This needs to be not just a facial de-aging, but the whole works.

I don't know exactly how it worked, but Ant-Man & the Wasp actually filmed those scenes at least partially with look-alike younger actors (including Fishburne's own son!) who then had the de-aged older actors' faces added on. Looking at the trailers for Captain Marvel it seems like they've really perfected their technique. It's likely that one of the main reasons Marvel kept doing these flashback scenes in so many movies (there's one in Captain America: Civil War as well) was for ongoing research & development.

I'm not sure how much the team working on The Irishman can use the Marvel movies as a jumping off point, though. Do Marvel's advancements spread out to the entire effects industry, or do other studios have to start from the same spot Marvel was in when they first tried it, and figure the rest out from there? I guess we'll see soon enough.
Top

The primary VFX studio for The Irishman is ILM and they've worked on a lot of these Marvel movies.

They won't be starting from scratch.
Top

ILM works on Marvel movies, but the de-aging work in Marvel's movies has all been done by Lola VFX, who are the industry leaders at this particular technique. (They also did the scrawny Chris Evans in the first Captain America movie.) ILM did the de-aging in Rogue One.
Top

Well, there are other FX studios involved with The Irishman, too. But also if you look on IMDB you can see by some of the individual digital artist credits that they have people on-board who are familiar with the technology/techniques.

I'd still say the gold standard for me is what MPC did with Sean Young for BR2049. Hoping that there is a consultant or technical director or two from that sequence involved with this movie.
Top

I was pretty put off by his appearance, but acknowledge his artificial/CGI look worked since it was already set in a video game.
Top

I was pretty put off by his appearance, but acknowledge his artificial/CGI look worked since it was already set in a video game.

For me, even that didn't wash, because the de-aged Bridges we see in in the 80s prologue -- before he enters the computer -- looks every bit as glaringly fake.
Top

Right, my memory of that movie isn't great outside of Daft Punk and Faux Bridges.
Top

Set for a Thanksgiving release.
Top

We’ll either say THANKS or have misGIVINGS for this film. So appropriate release date.

I know, that’s just awful but couldn’t help it
Top

Speaking of awful, the title, even the one used for the book are lousy. Perhaps a little spoilery, but Sebastian was on Joe Rogen a few months ago, and it sounds like it’s a small part, despite playing one of the more intriguing gangsters ever, Joe Gallo. I hope it isn’t a lame hit job, used to prove DeNiro’s propensity for violence like the one they clumsily used in American Hustle.
Top

There are some hints to the music in this article about Robbie Robertson's new album, specifically of interest the song "I Heard You Paint Houses", which he recorded with Van Morrison.
Top 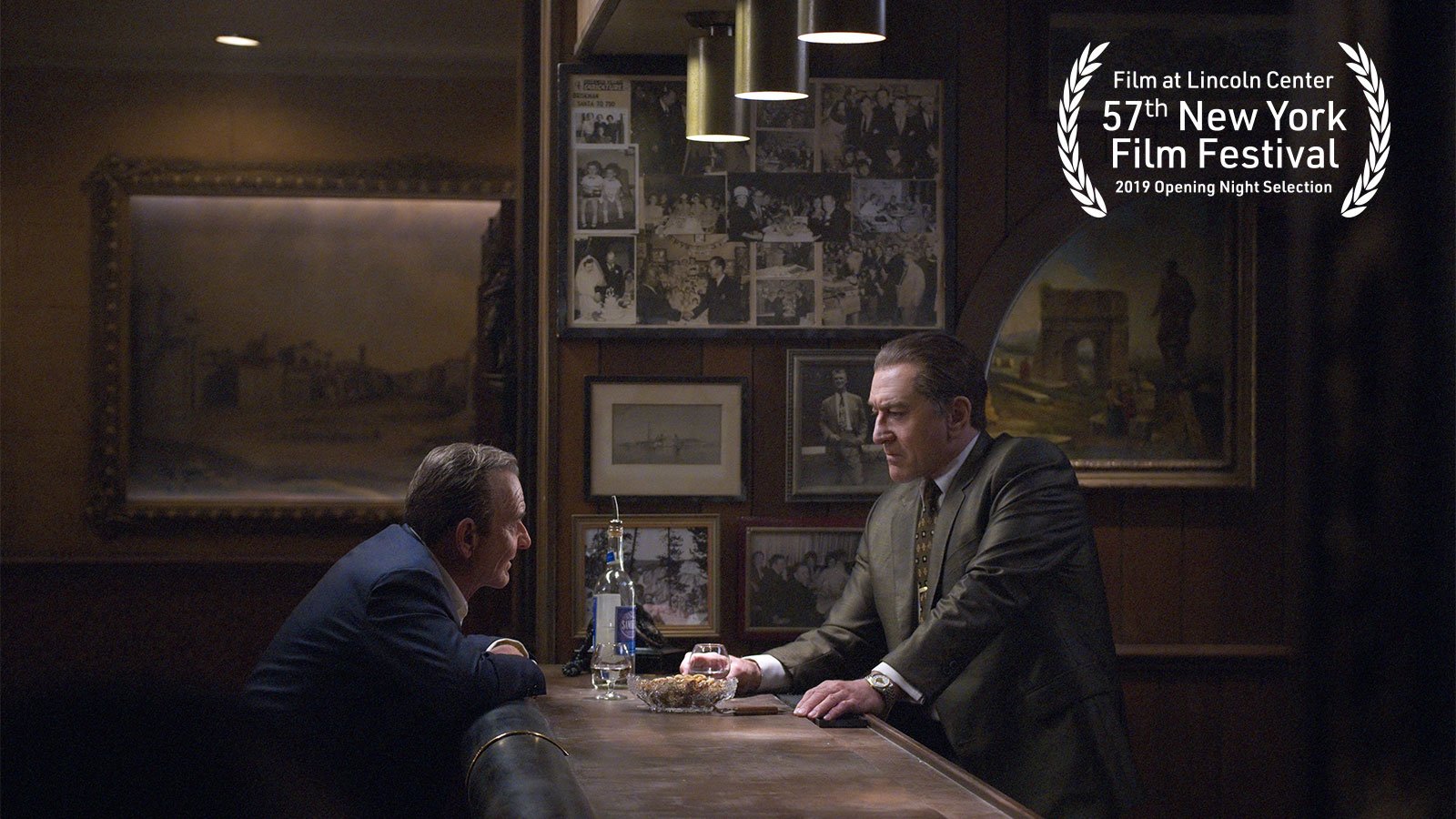 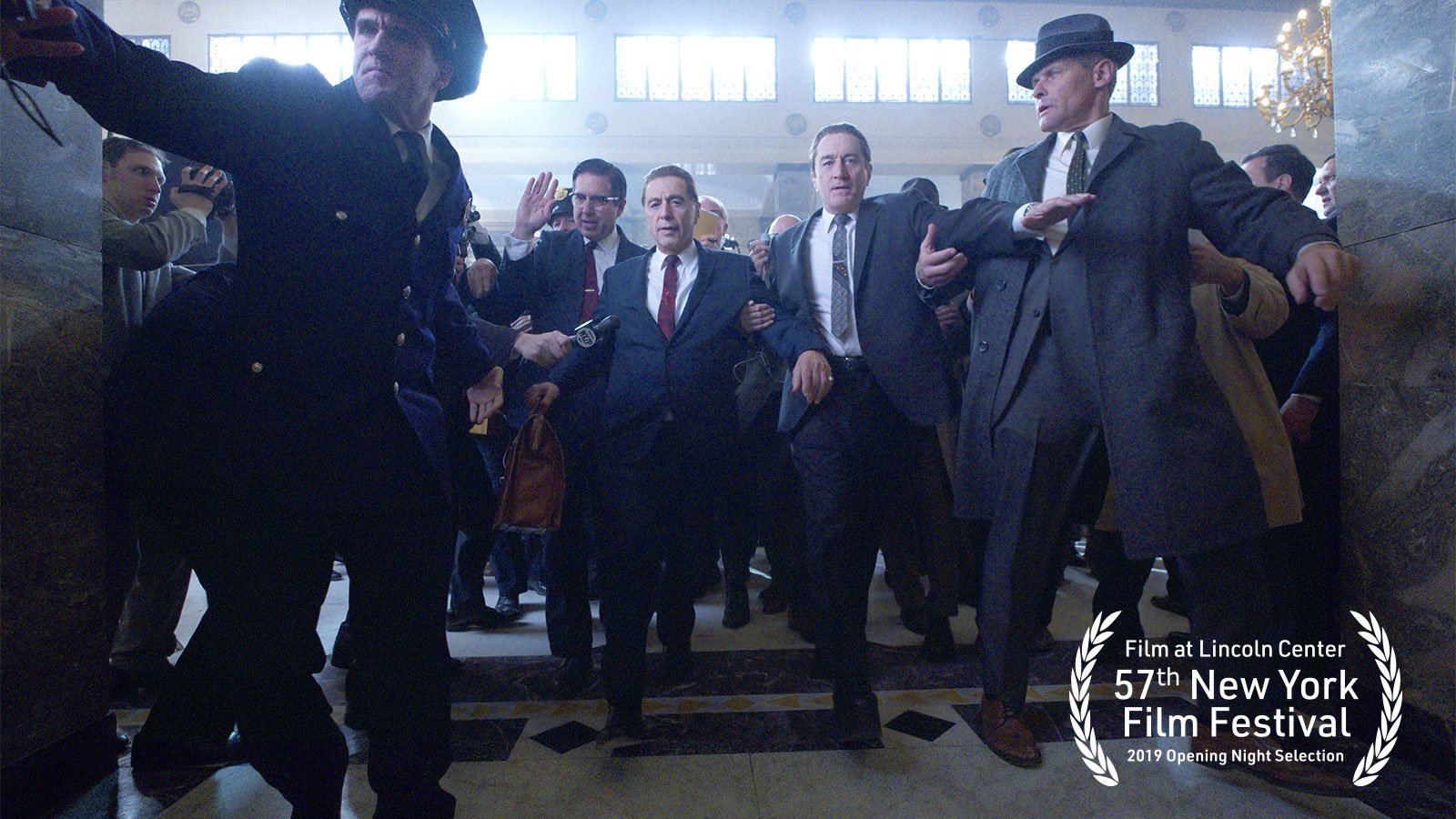 I'd wanna watch this but I wonder if I'd wanna pay for this. I think would be $100 for the ticket.
Top

I think this looks really good! The de-aging looks subtle enough to maybe go unnoticed — not nearly as egregious as I had feared.
Top

This and Hugo are the only non-anamorphic Scorsese features since Goodfellas. Interesting choice. The cinematography looks quite different from Prieto's recent work with Scorsese.
Top

sir_luke wrote: ↑
Wed Jul 31, 2019 8:25 am
I think this looks really good! The de-aging looks subtle enough to maybe go unnoticed — not nearly as egregious as I had feared.

Frankly, I was hoping they'd go more all out, show us 25-35-45 year old De Niro (wasn't Sheeran in his mid to late 30s when he started working for Hoffa?) Basically looks to be something like 55-75 year old De Niro from what we see here. But I guess they might be holding that back to surprise people.
Top