Tout la mémoire du monde has been restored subsequent to its inclusion of the SC release of Last Year in Marienbad, so hopefully the BFI use the newer master.
Top

Has there been any official word from the BFI that Celine and Julie is really getting a Blu release? I can get a pretty good price for the DVD right now, but I hate to part with it until I know for sure, and I don't always trust Amazon pages before official announcements.
Top

Adrian Martin is recording the commentary at the present!
Top 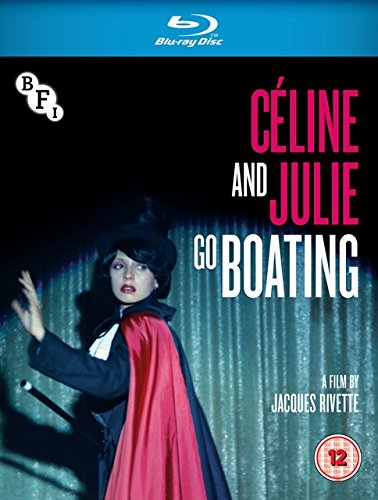 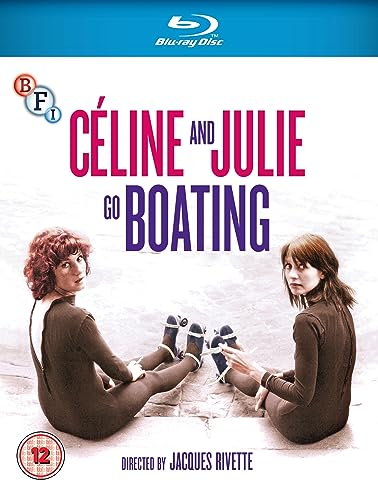 Great! A nice contrast to the DVD cover, now.
Top

Shouldn't this go in the Worst Covers thread?
Top

Reminded me of the Bridget Jones posters right away for some reason.
Top

Eh, I like it. The magician cover is played out, and this makes them look like they're boating the streets of Paris.
Top

I like the new one better as well.
Top

Plus, Dominique Labourier is on the cover now too!

My favourite C+J DVD cover is the French one, which makes it seem like some wacky children’s animation: 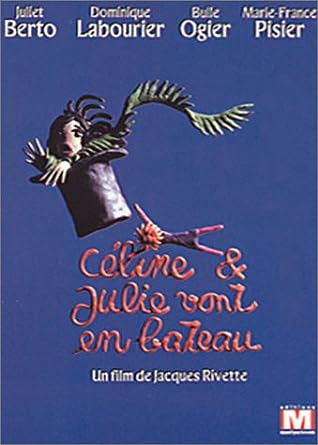 ^I think that's the original poster.
The new BFI cover is based on the poster for the theatrical re-release in France last year, you can see it here:
http://www.filmsdulosange.fr/fr/film/38 ... -en-bateau
Top

We're basically looking at a mirror image of Berto since they flipped her around from the original picture:

is it also colorized from that b&w photo? dear god.

what are the odds BFI would include a reversible sleeve?
Top

pzadvance wrote:what are the odds BFI would include a reversible sleeve?

Based on precedent, zero.
Top

Looks like one will need to slip in a home-made replacement cover. Just ghastly (including the typography). Where is peerpee when we (desperately) need him?

The French DVD cover was MUCH better.
Top

Céline and Julie Go Boating, Jacques Rivette’s biggest commercial hit, is an exhilarating examination of the themes of theatricality, paranoia and la vie Parisienne, all wrapped up in an extended and entrancing exploration of the nature of filmmaking (and film-watching). Previously released by the BFI on DVD, it now comes to Blu-ray, in a new restoration, on 20 November 2017. Special features include a new feature length commentary by Adrian Martin.

Céline (Juliet Berto), a magician, and Julie (Dominique Labourier), a librarian, meet in Montmartre and wind up sharing the same flat, bed, fiancé, clothes, identity and imagination. Soon, thanks to a magic sweet, they find themselves spectators, then participants, in a Henry James-inspired ‘film-within-the-film’ – a melodrama unfolding in a mysterious suburban house with the ‘Phantom Ladies Over Paris’ (Bulle Ogier and Marie-France Pisier), a sinister man (Barbet Schroeder) and his child.

I should probably go through the rest of my Rivette box first, but -
Loved Paris Nous Appartient, Va Savoir had its charms, couldn't get through Out 1. Should I blind buy this?
I'm fond of Borges, Lynch, and all the themes that would go along with those two artists (parallel worlds, mysteries etc.).
Top

Yes. This is easily the most enjoyable Rivette I've seen, and everything clicks.

I'd advise not using Out 1 as a barometer for judging Rivette. Yes, most of his pet themes and stylistic tics are all there, but it is an distention and distortion of those ideas to insane length. I like (not love) it, but basing expectations for other Rivette films on it is a tad like using Finnegan's Wake as an introduction to Joyce.

ETA: The beaver caps look like the same DCP the briefly revived New Yorker toured a few years ago. Glad to see it finally escaped into the wild.
Top

If I can find my French DVD, I should do some screen captures. Definitely liked the French release's cover better, however.
Top
Post Reply
190 posts