Discuss DVDs and Blu-rays released by Criterion and the films on them. If it's got a spine number, it's in here. Threads may contain spoilers.
Post Reply
110 posts
Message
Author

The issue is that many counter-arguments are fallacies and fail to assess the point being made.
It's not a question of saying "hey, I prefer how things were done before", it's a question of thinking they're different now but still wrong. I don't want magenta-pushed restorations back, but I happen to think this might be our generation yellow-pushed restorations, and I don't think it's much better (well, at least, texture-wise it is).

What I'm also clueless at is that they probably know what's going on outside their places. They know that they're the only ones doing this, and they certainly are getting more and more requests for restorations WITHOUT grading. They also certainly have realised by now (and I mean : I told them in my email) that some of their gradings are getting undone by indie video labels. They're not THAT isolated in the world. So why aren't they at least publicly explaining their workflow to explain their reasoning ?

This is non sense.

All I hope is to be able to attend this year the Lyon Lumière festival and reach out to some technicians and labs and right holders there about this. Since I'm not from the industry, I'll probably get laughed out a bit, but I certainly have a bunch of examples to explain the reasoning and where the doubts stem from.
Actually, I'm wondering if I might not instead get sad nods and looks because I doubt we're alone thinking this.
Top

I posted this in the L’Argent thread last year (it may been missed as the discussion had pretty much ended by the time I posted this):

I wasn’t sure where the best place to post this would be but since the last post in this thread was about Ran, and because the preceding posts were about the LUTs applied by Ritrovata and (since 2013) Eclair, the Camera Obsucra insider’s latest comment on the topic is here
Top

That's the kind of Camera Obscura posts I was thinking about. It's a shame Ritrovata don't simply state if that's the case or not, instead of leaving us with the guesses from a label dealing with them.

It's also what makes me very weary of the "approved by" quotes on Ritrovata restorations, since no matter who approves what, in the end, all their gradings look similar. Can be Tovoli on Deep Red, Guarnieri on Marriage Italian Style or Hua Hui-ying on Dragon Inn, they all end up similarly graded.

It makes me wonder if these people are seemingly blind towards these gradings signatures, or if they are approving stuff at a stage before the final grading is applied. Both cases would be appalling : the first because it means they're basically useless people if they can't even get that right, the second because it nullifies getting someone to approve something if it is to deeply modify it later on.
Top

Doesn't fill me with hope for the Criterion Police Story release.
Top

It’s probably more likely that they approve the grading pre-LUT application, especially if the LUT application is being done by the lab for the alleged purposes of emulating the correct look for film outs of the DCP.
Top

nitin wrote: ↑
Sun Feb 03, 2019 7:13 pm
It’s probably more likely that they approve the grading pre-LUT application, especially if the LUT application is being done by the lab for the alleged purposes of emulating the correct look for film outs of the DCP.

This is my guess too.
I suppose they're simply trying to apply an analogue logic to a digital one. The question is : why then outputting digitally the look supposed to serve for analogue purposes ? Why not supplying the grading pre-LUT, since all this is purely in and for the digital realm ?
That's where they're losing me. Somehow, there is something I don't understand and this looks to me like this is where it lies. Why the f are they trying to blend analogue and digital within the same workflow ? It's not as if you can photochemically use a DCP to create new prints !
And why are they not realising this is standardizing the final look of their digital files that are used for video and DCP releases ?

There never was any hope to be had there. Criterion never altered a restoration done outside their perimeters. They either have their colorists working on them, or they're taking them as is. That's what happened for Dragon Inn and A Touch of Zen, but also Muriel, Night & Fog, and some of the Olympic Games movies.
However, they seemingly altered Shoah to add the green tint that didn't seem to be on the original new restorations, so I guess it wasn't for the best anyway.
Top

They added the green to Shoah, or it is a subpar encode? I thought a by-product of the latter?
Top

Eureka commented that they were contractually barred from altering the Police Story masters. It is almost certain that Criterion has the same restriction.

Honestly, this doesn't look like your usual Ritrovata mess. Sure many of the caps lean green (maybe too green, I don't know), but, even though it isn't close to the same shot, Beaver cap 6 looks closer to the WB DVD caps posted earlier in this thread than it does to the "restoration clip" caps (shots 7 and 8 also look fine to me.)
Top

I actually agree with that, although it has the usual Ritrovata signs, this is better than what we usually get from them colour wise.
Top

Also it is presumably some type of sensitive issue as Arrow are opting to do their own grading on a lot of their recent Italian titles (and using a Ritrovata only for scanning and restoration). If it was as simple as pointing out the obvious, I imagine Arrow (and Camera Obscura) wouldn’t resort to what they are doing.
Top

It'd be interesting to know if Arrow and CO either told Ritrovata upfront, we'll do the colour correction, you focus on the scanning and restoration, or they got the files with the colours fucked up and decided to fix the damage retrospectively.
Top

I'm just amazed that for a site that often can find the merest brief flash of a pair of breasts to take a screen capture of, that DVDBeaver could not manage to show a single shot of Tadzio facing the camera.

domino harvey wrote:Not that I was ever going to buy this, but to the surprise of no one Ritrovata did it again

One day I will visit Italy and marvel in person at the famed green skies I’ve seen in their films.
Top

colinr0380 wrote: ↑
Mon Feb 04, 2019 2:09 am
I'm just amazed that for a site that often can find the merest brief flash of a pair of breasts to take a screen capture of, that DVDBeaver could not manage to show a single shot of Tadzio facing the camera.

I was thinking the exact same thing. Do you think the Beav even understands what the movie's about? Or maybe he just doesn't care anymore, if he ever did. Just like the folks at Ritrovata. (He could have at least provided some caps from the WB DVD for comparison. Or would that have been like pouring brine in Criterion's wounds.)
Last edited by Fred Holywell on Mon Feb 04, 2019 3:32 am, edited 1 time in total.
Top

David, what you said back in November, is even more appropriate now.
Top

Finch wrote: ↑
Sun Feb 03, 2019 11:43 pm
It'd be interesting to know if Arrow and CO either told Ritrovata upfront, we'll do the colour correction, you focus on the scanning and restoration, or they got the files with the colours fucked up and decided to fix the damage retrospectively.

CO and Arrow have tried in the past to correct Ritrovata’s grading (Amuck, Deep Red, Tree Of Wooden Clogs etc) but CO has commented twice about how that takes about at least twice as long as grading it from scratch and also still isn’t as good as grading it from scratch. So I think the change in approach in just asking for the scan and restoration but not the colour grading might reflect that.
Top

IIRC, Arrow have performed some restorations whose scans were done at Ritrovata and the rest at Deluxe. CO has posted on blu-ray.com they explicitly requested for a movie (I don't recall which one, maybe Amuck) to Ritrovata not to do the grading, Ritrovata sent them a flat sample for approval, CO approved and... Ritrovata did the grading anyway, which CO had to correct.

I don't think it is a by-product of the encode.
Top

A number of Arrow’s recent Italian titles have had the colour grading done at R3store Studios in London (and the scans and restoration work by Ritrovata, although sometimes even the restoration has been done by R3store studios itself).
Top

Thanks for the confirmation.
Top

dwk wrote: ↑
Mon Feb 04, 2019 4:40 am
However, this review has one cap (the 5th) that is roughly the same as the 15th cap in the DVD Beaver review and that one looks like the work of our friends at L'Immagine Ritrovata.

That 5th cap appears to be a cropped publicity photo, rather than a frame from the film. There are a few others there that look to me more like cropped photos than actual screen caps. 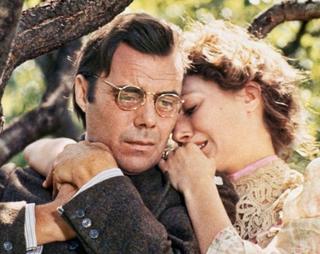 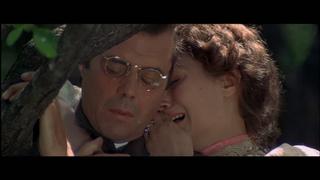 It looks greenish in spots (so it's bad?) and some sequences are extremely textured and heavy. I thought the beautiful cinematography of Pasquale De Santis shone through better than I have ever seen. (OK, so it's good). These are impressionable visuals. (OK, it's really good, but you mean "impressive" right?) While there may be some softness - it seems inherent. I wouldn't use the negative term "Ritrovated" in regards to this restoration but its (sic) is not crisp...(Ok, it's not bad, but maybe not great) and was not meant to be. (What????)

I thought he might have meant 'impressionist" but 'impressive" is probably a better guess.
In any event I've asked this before, but is English Gary's first language?
Top 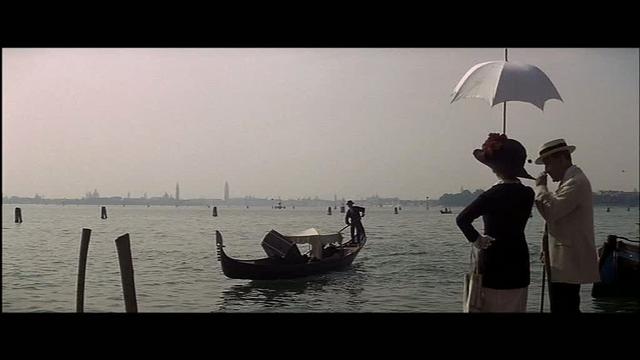 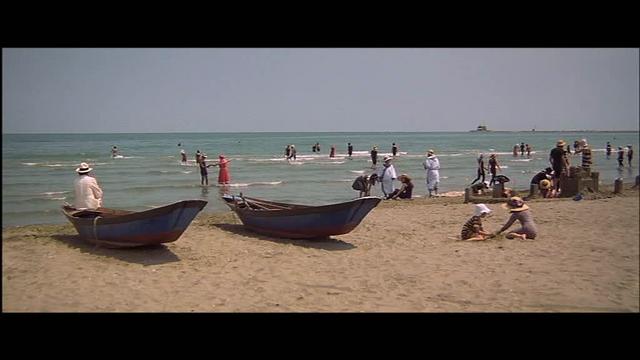 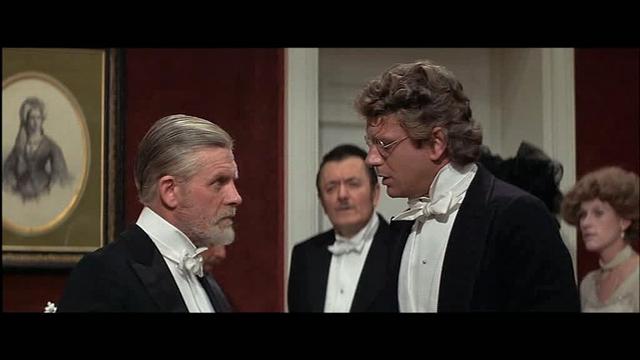 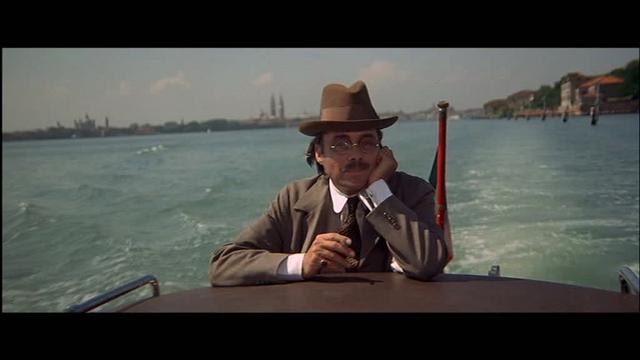 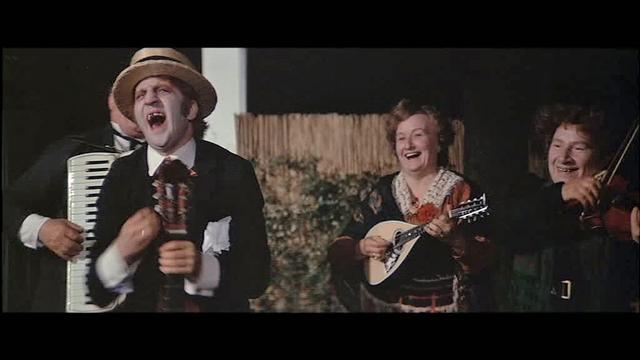 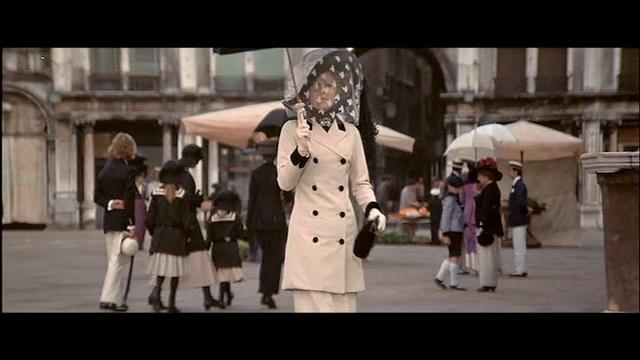 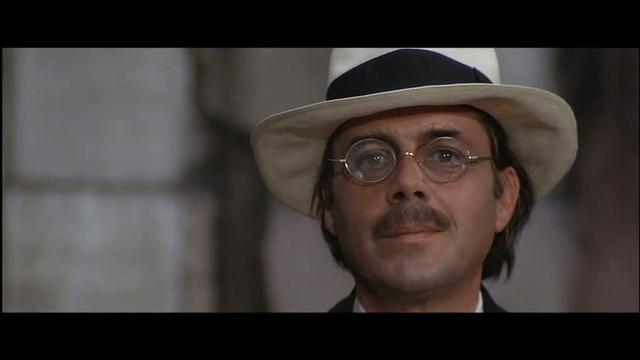 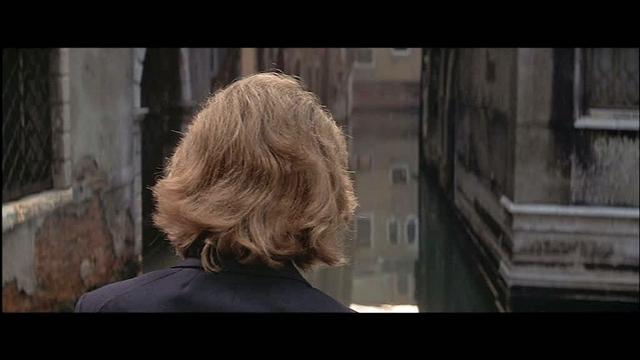 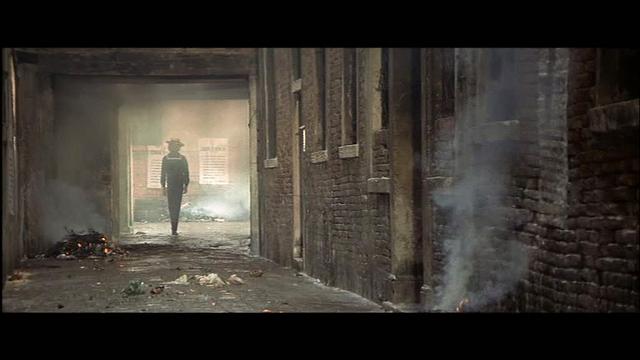 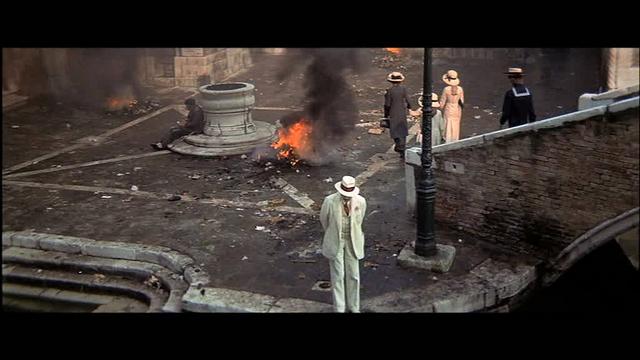