909 Night of the Living Dead

Discuss DVDs and Blu-rays released by Criterion and the films on them. If it's got a spine number, it's in here. Threads may contain spoilers.
Post Reply
121 posts
Message
Author

What a stacked release! And even a promise of "more!"

I can't find much information on "Night of Anubis" - except that was an early title for the film (even before Night of the Flesheaters), and this work print was discovered during the restoration. This is what people were mistakenly thinking were "missing scenes." Not sure if it will be alternate takes /edit /etc.
Top

I agree - looks fantastic. Can’t wait! I might even have to buy it outside the sale just on principle, but we’ll see.
Top

Saw the following facebook post from Jim Cirronella posted on the Blu-ray forums and it appears Night of Anubis workprint was cut to match the theatrical audio, so there are only a couple of differences.

Now that Criterion has announced the upcoming release of the definitive home video edition of NIGHT of the LIVING DEAD, we can finally discuss the NIGHT of ANUBIS work print and put to rest rumors of "nine minutes" of missing footage" so that no one is disappointed once they receive the blu-ray in February. (And don't get all crazy over the image posted below, it's there purely for effect.)
First, what is the "Night of Anubis, never-before-presented work-print edit of the film" as advertised? While Night of the Living Dead was originally shot on 35mm, the Latent Image's editing equipment was 16mm, so a reduction print of all the raw footage was needed so that George Romero could edit the film. George's original edit of the film entitled "Night of Anubis" was said to contain additional scenes that were cut at the request of Continental. This mythical original cut of the film that everyone knows as "Night of the Living Dead" was also said to have been destroyed in the flooded basement of the former Latent Image offices, along with any chance to see those missing scenes.

Thanks to Gary Streiner's efforts at finding a proper home for Night of the Living Dead's original picture and sound elements at the Museum of Modern Art, the Night of Anubis 16mm work print was discovered among materials from the now-defunct WRS Motion Picture Labs. What comprises the "Anubis work print" are reels of 16mm silent picture along with 16mm magnetic track containing unmixed dialogue, music and sound effects. Examination of the reels showed that the work print had also been cut to match the theatrical version of NOTLD, which would have been required for those audio tracks to match the final edit of the picture. Remember, although NOTLD's primary picture element is a 35mm negative, the film's final sound mix would have come from those 16 mm magnetic tracks that were cut along with the work print. Unfortunately, this means that scenes such as the Cooper's additional bickering during the infamous basement jump cut had also been removed (and discarded) from the work print.

So what is different in the Night of Anubis work print? First, the original title still remains, and secondly, there is an alternate day-for-night view of the ghouls approaching the farmhouse. Since neither of these shots would have affected the soundtrack timing, both were left intact in the work print. But if a lack of missing scenes in the work print has got you down, then you'll be very pleased with this next item, "Never-before-seen 16 mm dailies reel." which is a discussion for another day. 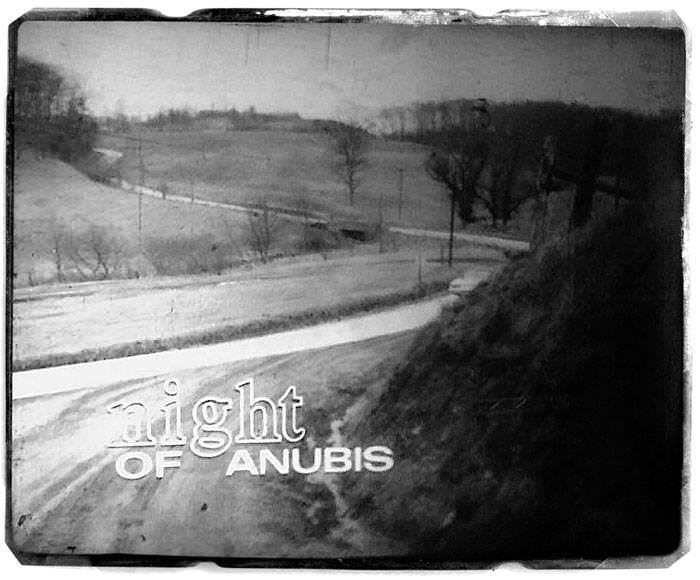 Given the noted differences between “Night of Anubis” and the final release cut of NOTLD, I’m now a bit surprised it was included in its entirety rather than just as an “alternate opening” clip.

In any case, this is still a Day One purchase for me.
Top

Now “currently unavailable” (doesn’t even show up on searches, either! Had to use a direct link).
Top

The page is there but it is still showing as "Currently Unavailable" for me.
Top

It goes in and out. Silence of the Lambs was doing same thing yesterday.
Top

"Newsreels from 1967" has been added to the list of extras.
Top

Night of the Living Beaver
Top

dwk wrote:Night of the Living Beaver

I was hoping he’d compare it with the Japanese Blu-ray, which is reputedly the best version, at least until the Criterion came along.
Top

The Japanese Blu-ray uses the same transfer as the UK disc Beaver are using in their comparison. It has very slightly superior encoding but not enough to make any difference to the comparison. So in other words, the Criterion is now confirmed definitive PQ wise.
Top

EddieLarkin wrote:The Japanese Blu-ray uses the same transfer as the UK disc Beaver are using in their comparison. It has very slightly superior encoding but not enough to make any difference to the comparison. So in other words, the Criterion is now confirmed definitive PQ wise.

Ah, fair enough--thanks! The Japanese one has a couple of commentary tracks but I'm guessing they're the same as on the Criterion (?)
Top

Night of the Living Svet
Top

I know English isn't his first language, but holy Christ:


The zombie horror genre does not begin with George Romero's Night of the Living Dead, but it is an indisputable fact that this film has been the classic blueprint for other films whose goal has been to be part of it. Without Romero and his film the entire genre would have been something profoundly different.


The zombie horror genre does not begin with George Romero's Night of the Living Dead, but it is an indisputable fact that this film has been the classic blueprint for other films whose goal has been to be part of it. Without Romero and his film the entire genre would have been something profoundly different.

I guess they don't use copy editors, do they?
Top

No, zombies do not use copy editors, as established in Romero's film.
Top

The zombie horror genre does not begin with George Romero's Night of the Living Dead, but it is an indisputable fact that this film has been the classic blueprint for other films whose goal has been to be part of it. Without Romero and his film the entire genre would have been something profoundly different.

This reads exactly like the sort of thing one of my undergrads would write—two overlong sentences that say almost nothing. It's like they're being paid (or graded) by the word.
Top

I once had someone pitch for a booklet essay commission with stuff like this.

Guessing (almost certainly correctly) that his writing had never been professionally edited before, I gave his most recent review a thorough copy-edit and found that I could reduce the word count by a full third without losing any substantive content.

So I sent it back to him explaining that I didn’t think he was currently up to the required standard, but he was welcome to try again in a year or so after building up a superior body of writing.

Sadly, he didn’t seem to have learned anything from the experience, because his writing remains just as clunky and repetitive to this day.
Top

And the pre-order price is down to $18.31, so I jumped on it. I only saw this once back in high school on WGN in Chicagoland, late at night and interrupted by commercials, but it was very powerful. I'm looking forward to showing my teenage boys (and seeing it uncut, with all those wonderful extras listed!). Thanks for the tips and links to reviews!
Top

Members have a two week period in which to discuss the film before it's moved to its dedicated thread in The Criterion Collection subforum. Please read the Rules and Procedures.

This thread is not spoiler free. This is a discussion thread; you should expect plot points of the individual films under discussion to be discussed openly. See: spoiler rules.

I encourage members to submit questions, either those designed to elicit discussion and point out interesting things to keep an eye on, or just something you want answered. This will be extremely helpful in getting discussion started. Starting is always the hardest part, all the more so if it's unguided. Questions can be submitted to me via PM.
Top

This is a hard film to talk about given how much has been written about it over the decades and that whatever I have to say will come off as repetitive, but screw it! I'll simply jot down some thoughts that in no way break new ground just to get the ball rolling on this.

I can think of few films, fitting within the horror genre or otherwise, that have had an ending as impactful to me as this one. The suddenness of Ben's death and the added component of being gunned down by a white sheriff amount to what is perhaps the most unintentionally jarring and disturbing conclusion to any American film of the 20th century. By unintentional I mean only in the sense that Romero repeatedly denied Jones's race had any impact on the writing of the film, but with his casting the protagonist's death takes on a more nuanced meaning and feels just as poignant upon its release, at the culmination of the U.S. Civil Rights movement, as it does now.

Adding to this is the way the death isn't dwelt on, the film immediately shifting to the police gathering up the bodies for burning. I recall rewinding multiple times upon my first viewing to make sure I didn't miss something, some stray image I blinked during or line of dialogue that would show our protagonist was very much still alive (I was probably 20 during this first viewing and still used to happy endings). No such luck, and it left a mark on me. At the time I was aware of only Romero and the film's reputation, but knew nothing of the substance.

I'm going to hunt down a copy of this this weekend for a rewatch given the recollection of 20 year-old me isn't the best and will write more afterward.
Top

Rewatching it years after having discovered it, and years after rewatching Dawn of the Dead only for diminishing returns, it struck me as something cinematographically very dated. I'm not sure if it's the appalling pace (it's not just slow, it's worst than this) or just how empty the movie feels except for its opening, ending and "child eating her parents" scene, but it never grabbed me at all.
All this just took me by surprised, because I didn't remember the movie being like this at all, and I was instead in another Dawn situation, for which I had again a much better memory than this. Now, both these movies feel like they've become bigger than they actually are, resoning through the history of cinema more for what they unleashed than what they really contain.
Last edited by tenia on Mon Sep 17, 2018 3:08 pm, edited 1 time in total.
Top
Post Reply
121 posts