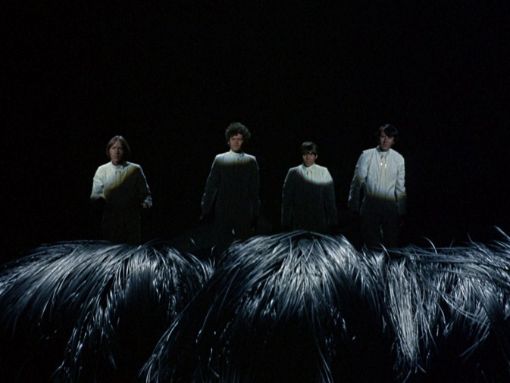 Hey, hey, it’s the Monkees . . . being catapulted through one of American cinema’s most surreal sixties odysseys. The brainchild of Bob Rafelson, making his directorial debut; his producing partner and Monkees cocreator Bert Schneider; and Jack Nicholson, a coscreenwriter on the project, Head was the fanciful beginning and ignominious end of the TV-bred supergroup’s big-screen career. In it, Micky Dolenz, Davy Jones, Michael Nesmith, and Peter Tork become trapped in a kaleidoscopic satire that’s movie homage, media send-up, concert movie, and antiwar cry all at once. A constantly looping, self-referential spoof that was ahead of its time, Head dodged commercial success on its release but has since been reclaimed as one of the great cult objects of its era.

The Monkees come to Blu-ray through (and I never would have thought this in a million years) Criterion, who present their film Head on this dual-layer disc in the aspect ratio of 1.78:1 in 1080p/24hz. As of now the disc is only available in Criterion’s America Lost and Found: The BBS Story box set.

The set originally began as a Sony effort, eventually falling to Criterion. Judging from that and the credits for the transfer found in the set’s booklet it looks as though Sony’s team actually did the transfer for this film (and the other six films in the set) but this is not an issue in any shape or form as the image looks unbelievably good, up to what most would expect from Criterion. The film is incredibly colourful and saturation looks spot on, with perfectly rendered reds and oranges, and natural looking flesh tones. Blacks look fairly deep and inky without detail being lost in any darker sequences.

Detail is high and the image remains sharp and crisp throughout its running time. Grain is left intact and I didn’t notice any excessive noise reduction anywhere. I also didn’t spot any noticeable digital artifacts. If there was one shortcoming (and it’s still pretty mild) it’s the condition of the source materials. In all it has been beautifully cleaned up, showing next to nothing in the way of flaws but there are a few tram lines and the last little bit of the film presents some heavier damage in a few spots.

Despite these minor flaws the image still looks smooth, clean, and it retains a film look. Quite a wonderful surprise. 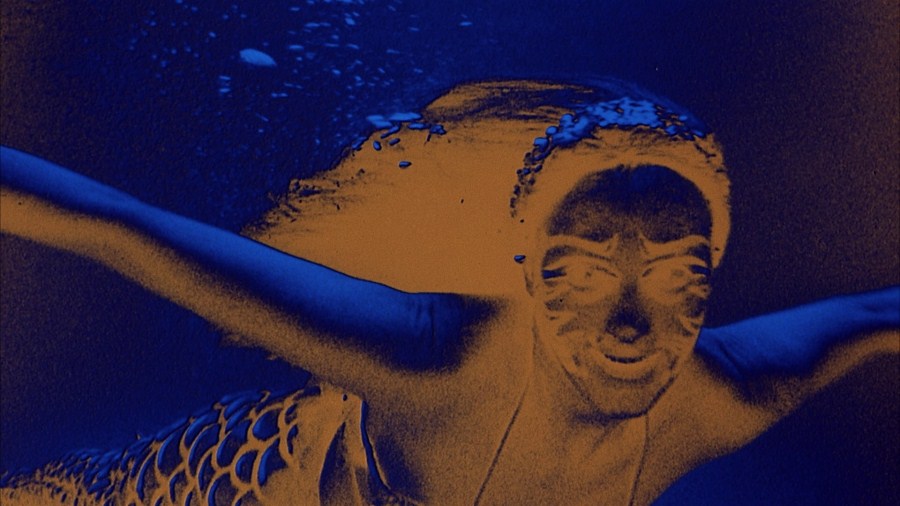 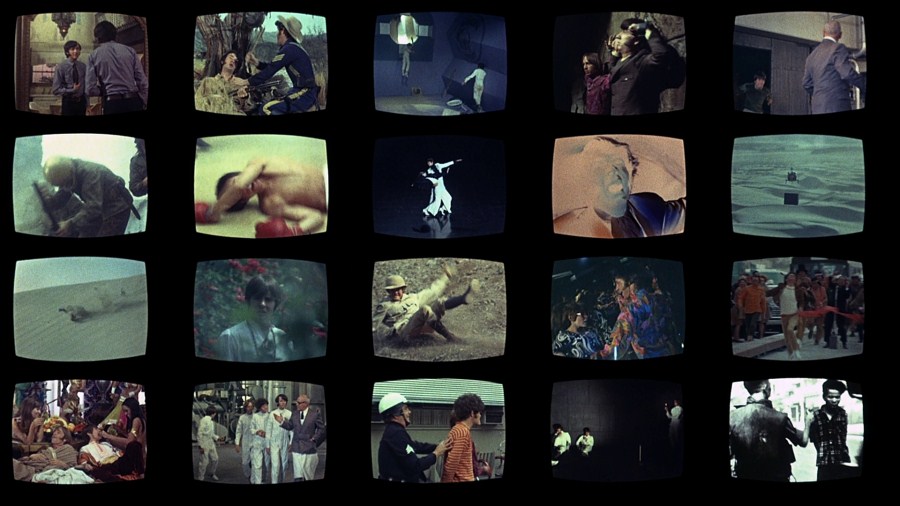 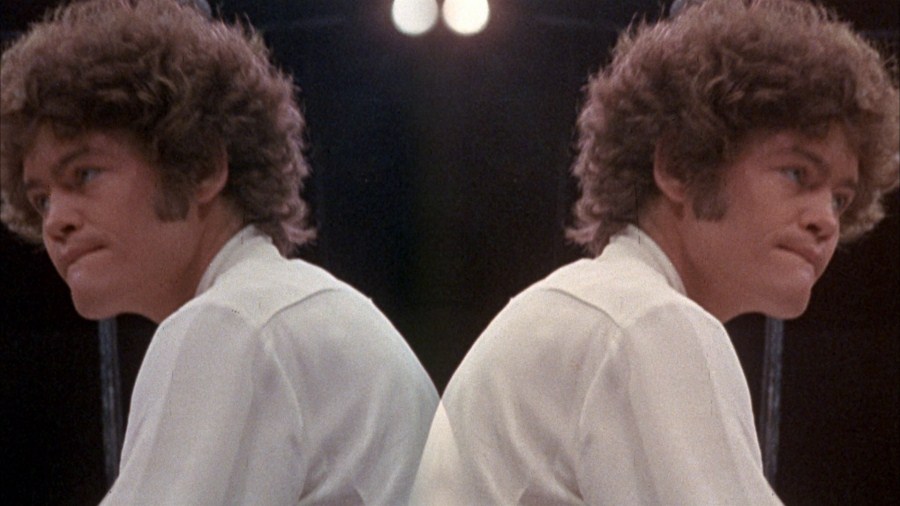 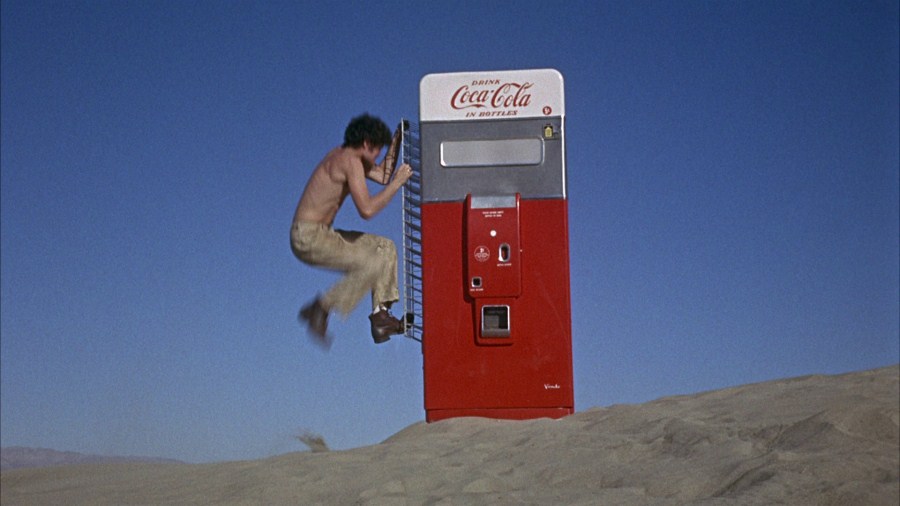 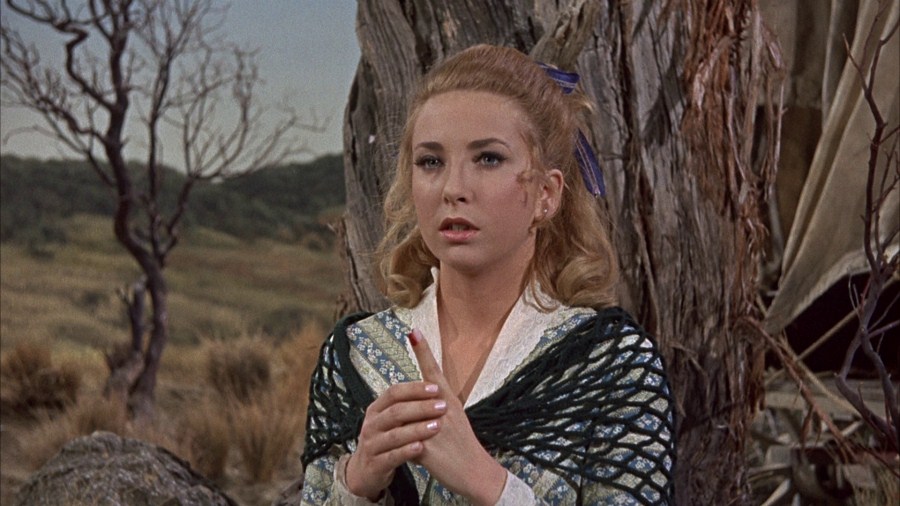 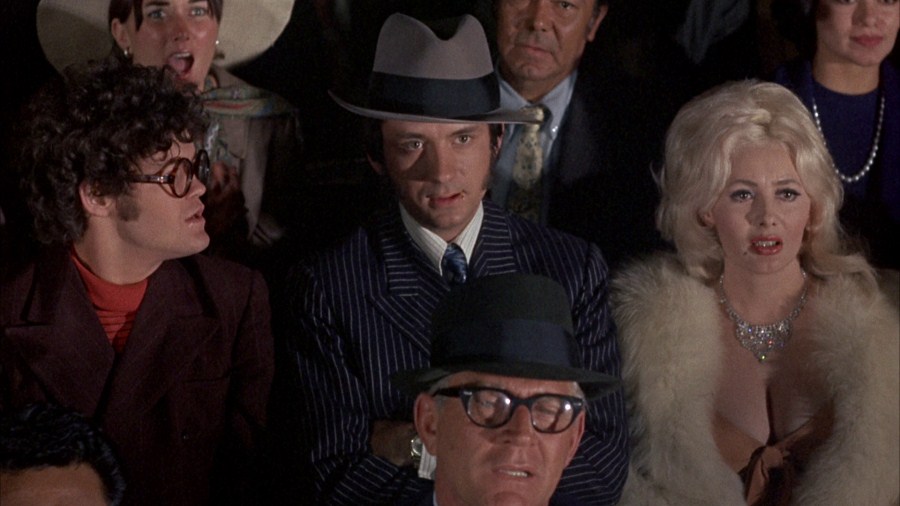 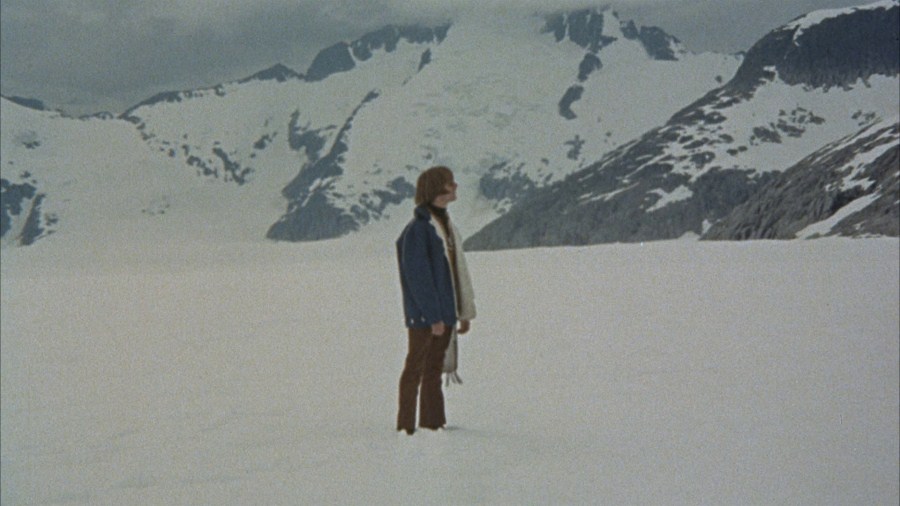 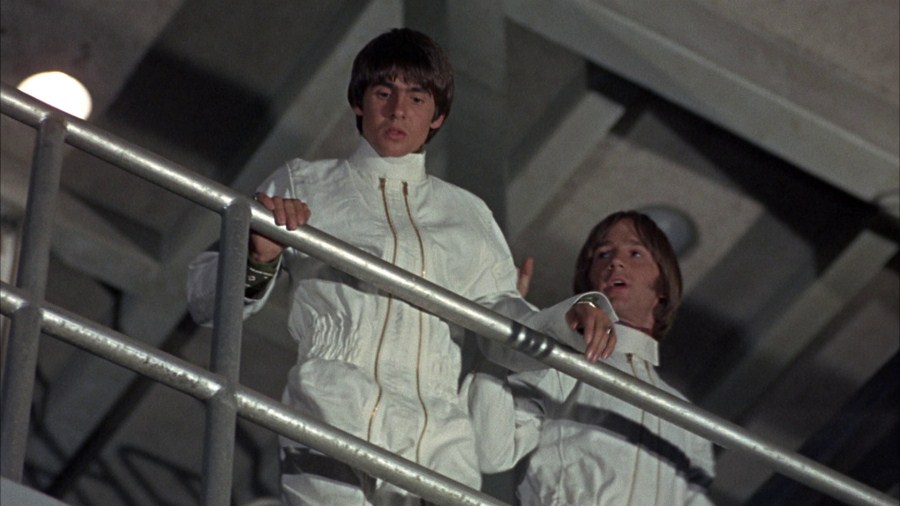 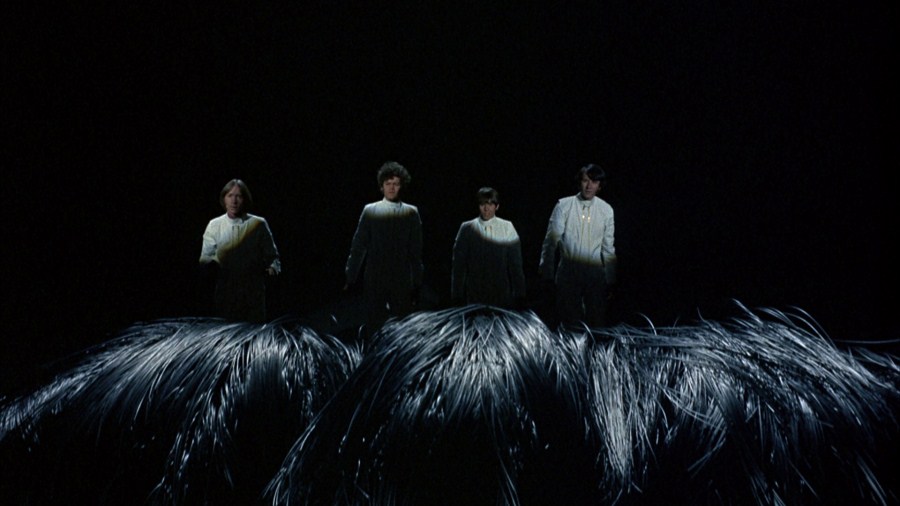 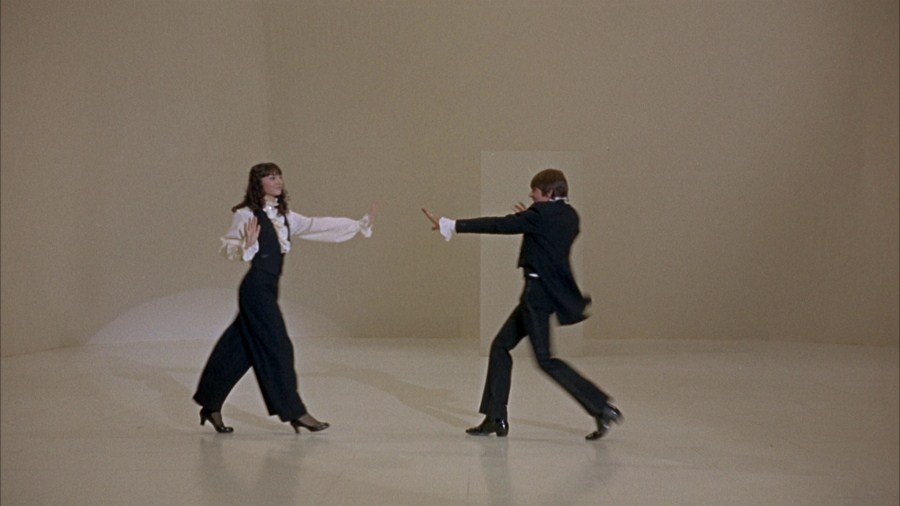 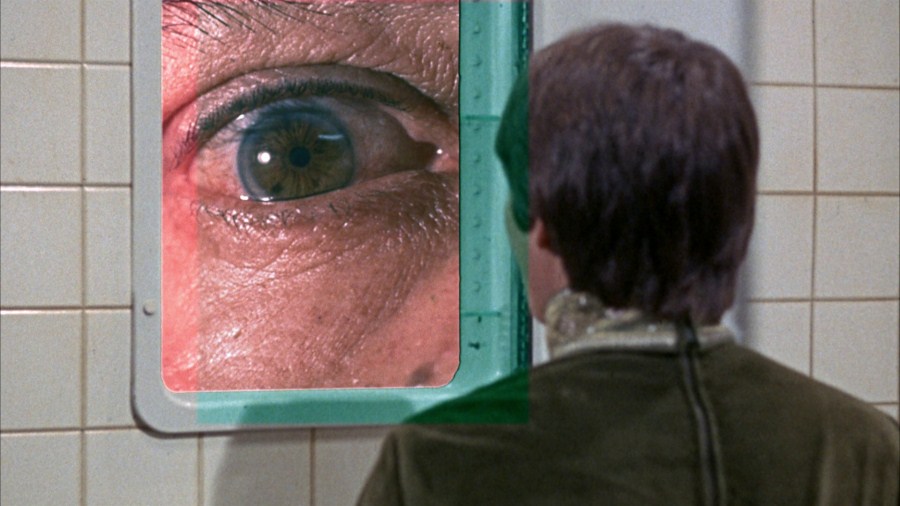 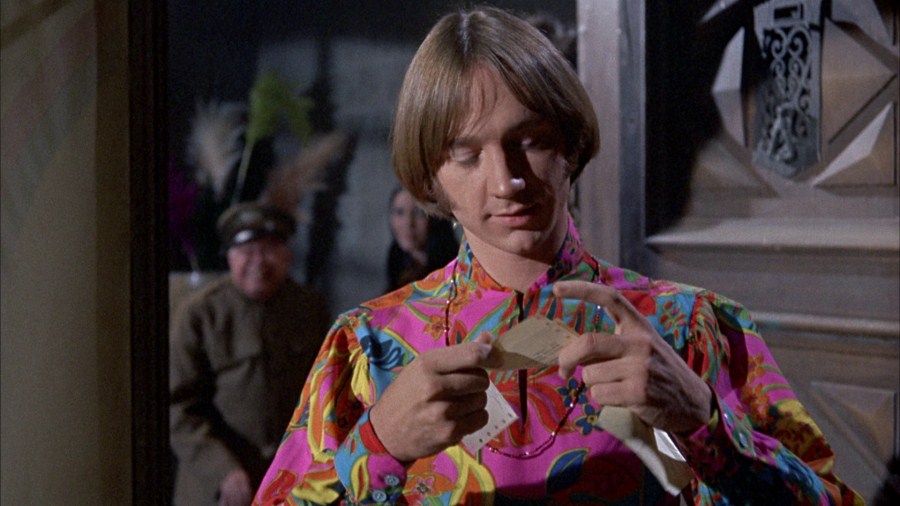 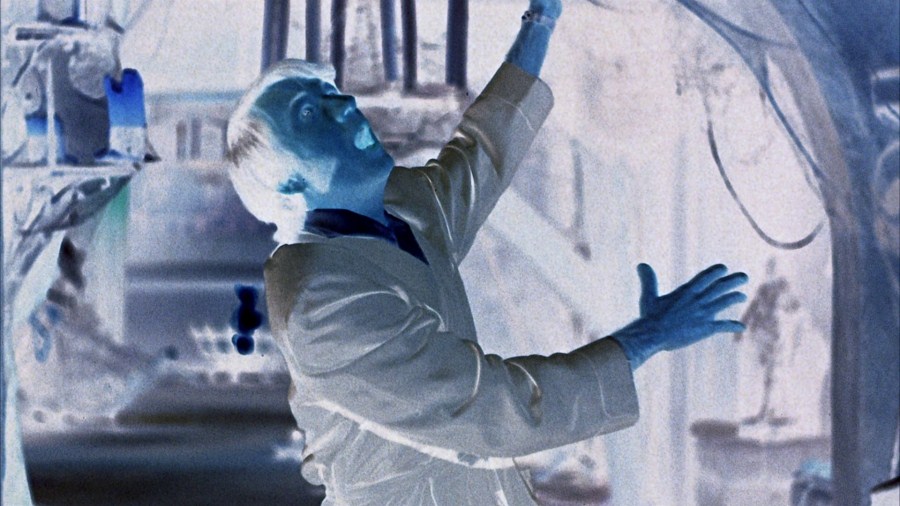 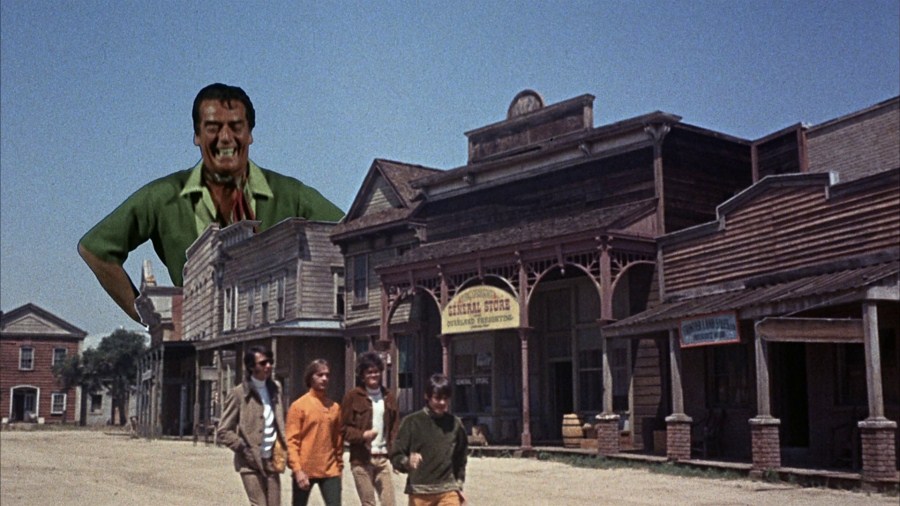 Criterion gives us two tracks to choose from, the default one being a remixed/remastered 5.1 DTS-HD surround track. The second track is a lossless linear PCM mono track, closer to its original theatrical presentation.

In the end it will come down to personal taste as to which one to view the film with. The lossless mono track is perfectly acceptable and sounds much better than I would have figured. Volume is decent and there’s a surprising amount of life to it, with music sounding sharp and clear, along with dialogue.

But technically the surround track does sound far better and judging by the notes in the inner flap of the disc’s case the songs present in the film were pulled from different sources and of course remixed to fill the surround environment (they’re also far louder here, even louder than the main film.) The songs do sound amazing, and I was taken by surprise when The Porpoise Song started playing; you’d swear the Monkees are actually right there playing in your living room (whether that’s good or bad is up to you.) Bass is very strong but not excessive and doesn’t take away from any other aspect.

The non-musical sequences also present clear sound with distinct dialogue, and various sound effects do make their way around the speakers. While it has been remixed from what was originally a mono track I was pretty impressed with the presentation, which manages to sound fairly natural.

Both are excellent so it will come down to preference. Those that prefer the original track will be happy with the PCM mono one, but the music presentation is admittedly far more dynamic, clear, and loud (even concert like at times) in the DTS-HD track.

Criterion’s America Lost and Found box set is basically a complete history lesson on BBS Productions and the supplements found on each disc in this set are primarily about the production company as a whole, though each disc still contains supplements that focus primarily on their respective films.

Head (the first disc in the set) features an audio commentary with Michael Nesmith, Mickey Dolenz, Davy Jones, and Peter Tork, the former members of The Monkees. By the sounds of it they were recorded in groups and not all together. The four reflect on the making of the film, but confess early on they really have no idea what’s going on in the film, though do offer ideas as to what writer Jack Nicholson was probably thinking (not surprisingly, Nicholson’s name gets dropped a lot throughout the track.) Jones seems to be getting the biggest kick out of the film, laughing a lot throughout, also sharing some of the more amusing anecdotes, but the others all bring a lot to the track, though aren’t anywhere near as energetic. There’s an admission they were shocked at how much more political the film actually was, most of the group figuring it was going to be light and airy (kid-friendly) like the show, and you can sort of detect they wonder whether that may have been a good idea, and they also talk about the various songs that appear, and the group as a whole. A couple of members talk about film influences present but admit they weren’t familiar with these influences at the time, knowing next-to-nothing about film, and they discuss some of their costars, which includes Frank Zappa, Teri Garr, and, of course Victor Mature (with Nesmith sharing a fairly amusing anecdote about how he was signed on to the film.) It’s a light track but it’s amusing and entertaining and is well worth the listen.

From The Monkees to Head presents a 28-minute interview with director Bob Rafelson, responsible for the creation of The Monkees, the television show, and of course the film Head. Here he talks about getting the band together, with footage from the actual audition tapes of the members, and then filming the pilot, which tested horrifically. He did some reedits, placing footage from the audition tapes into it, and it apparently tested rather well, leading to the birth of the show. He then moves on to how the film Head came to be and working with Jack Nicholson on the script (Nicholson was apparently disenchanted by how his acting career was going and was considering a move to writing/directing.) Not all that surprising but acid was apparently involved while writing the film. He talks about some of the other actors that appear in the film (referring to Timothy Carey as a “crazy man”,) shares anecdotes from the set, explains some sequences and the title, and even talks about some influences, admitting that Stan Brakhage and Kenneth Anger were huge ones. Rafelson is very frank, though something tells me he’s somewhat containing himself, but in all it’s a very engaging and terrific interview.

BBS: A Time for Change is another 28-minute featurette featuring interviews with critic David Thomson and historian Douglas Brinkley. The two talk about Hollywood’s state during the 50’s and 60’s, losing audiences to television and churning the same types of tired movies out. They talk about the counterculture in America and the rage building up from the frustrations many were feeling about what was going on in America at the time (the election of Nixon being a big thorn in the sides of many) and how it led to Hopper and Fonda writing what would become Easy Rider, funded by what would become BBS productions. And an audience was apparently there for it because the film became a surprise hit, making names of its cast and crew, and causing Hollywood to drastically change its direction. The segment in all deals not only with the impact Easy Rider and BBS had on Hollywood and its studios (which included a more “auteur” driven way of filmmaking, where director’s picked their material instead of studios picking directors) but also the career launch many saw, specifically Jack Nicholson, who, with the one-two punch of Easy Rider and Five Easy Pieces became a huge star. Throughout the set there are a number of features on the production company and this makes a great intro.

The rest of the supplements concentrate solely on Head starting with the actual screen tests for all four members of The Monkees, which were sampled in the Rafelson interview. They also include a couple of group screen tests where they film a few scenes with the actors auditioning together, to get a feel for their chemistry. The cool thing about these group clips is that we not only get to see Jones, Tork, Dolenz, and Nesmith, but we also get to see a couple of other actors trying out for the roles. In total these clips run about 18-minutes.

We then get a collection of promotional material. First is a disorganized 5-and-a-half-minute interview with group on the Hy Lit Show from 1968, where the group talks about Head (nobody, especially the interviewer, seems to know what’s going on.) We then get 4 theatrical trailers (including a Portuguese one), 5 TV spots, and then 9 radio spots. Lastly we get a collection of Ephemera which is presented as an automatic slideshow with music, sound effects, or segments from the film playing in the background. Running almost 7-minutes it displays production photos, behind-the-scenes photos, posters, newspaper clippings/ads, and other items. This closes the supplements on this disc.

The box set overall offers some wonderful supplements, providing a comprehensive history of BBS Productions and the films they released (the set even coming with a 111-page booklet) and it may be one of Criterion’s more comprehensive collections. On its own, though, their edition of Head is very strong, with some fun and informative material.

America Lost and Found is one of the more fascinating box sets to come from anyone, offering a comprehensive look at one of the more important and interesting production companies to ever get into the business, making an impact that can still be felt today.

Head may not be the best film in the set (and it’s certainly not the worst) but Criterion gives it the same amount of care that they do to the more prestigious titles in the set. It sports a strong, even stunning transfer, great audio, and some incredible supplements. Even on its own I’d give this disc a strong recommendation. 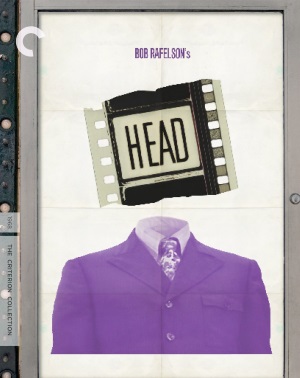 The King of Marvin Gardens (Blu-ray)