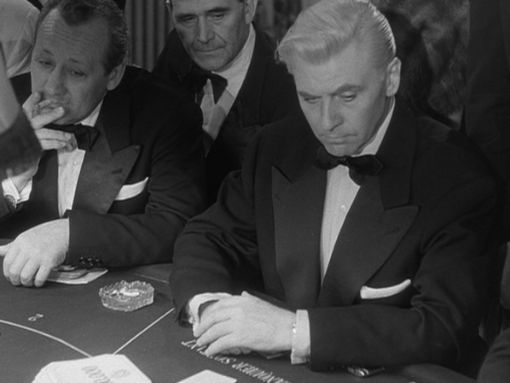 Suffused with wry humor, Jean-Pierre Melville’s Bob le flambeur melds the toughness of American gangster films with Gallic sophistication to lay the road map for the French New Wave. As the neon is extinguished for another dawn, an aging gambler navigates the treacherous world of pimps, moneymen, and naive associates while plotting one last score—the heist of the Deauville casino. This underworld comedy of manners possesses all the formal beauty, finesse, and treacherous allure of green baize.

Jean-Pierre Melville’s Bob le Flambeur appears on (a now discontinued) Criterion DVD that presents the film in its original aspect ratio of about 1.33:1.

Despite the restoration—as good as it is—leaving a little to desire there is very little to fault against the digital transfer itself. Coming from a high-def scan of the a 35mm composite fine-grain master, the transfer delivers as filmic a look as one can expect for DVD. Film grain is there if reined in a little bit, and compression, though still there, isn’t altogether that obvious. Details are fairly sharp, even the finer ones, and edges look fairly clean. There are some mild halos in places but they’re not too obtrusive.

As strong as the transfer is, though, it’s still limited a bit by the source. In all the print used is in very good condition but there are still a number of scratches, bits of debris, hairs and remnants of chemical stains. There’s also some pulsating and flickering in places. The damage is certainly not heavy but it is noticeable.

In all the presentation is still very good and it’s a shame Criterion wasn’t able to upgrade it to Blu-ray before losing it (and I unfortunately doubt it’s on Lionsgate’s list of titles to put out on Blu-ray.) As it is, though, upscaled the image is still more than pleasant. 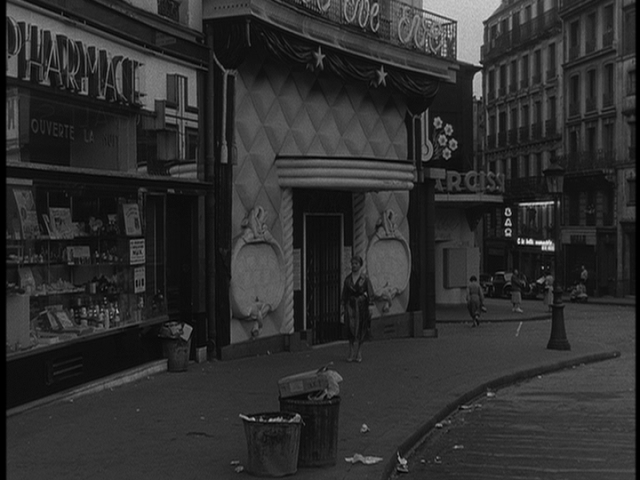 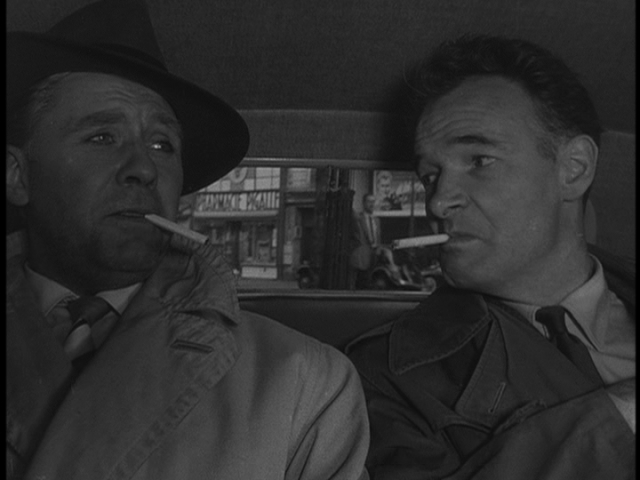 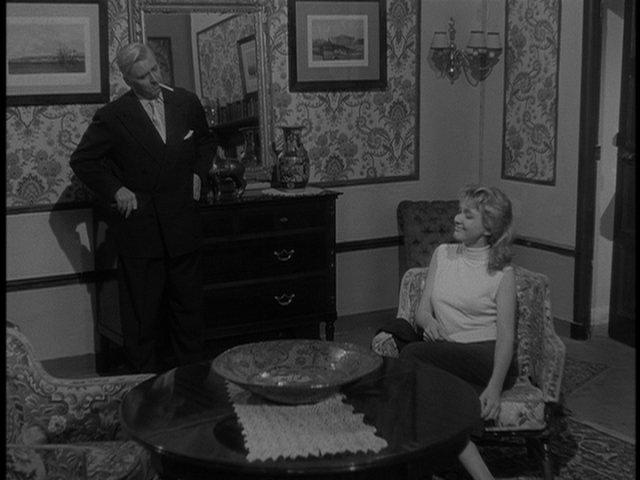 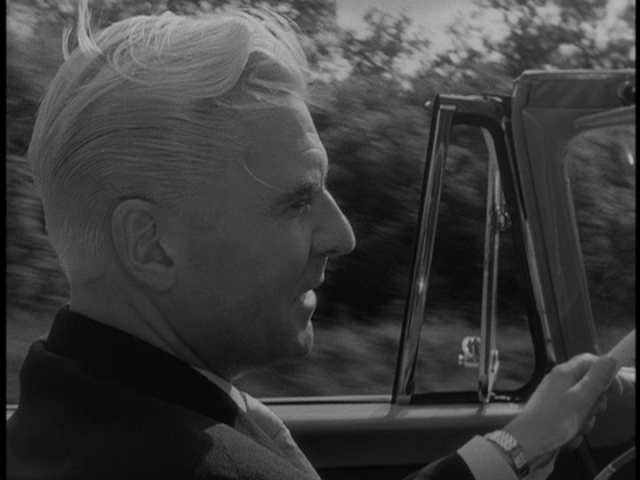 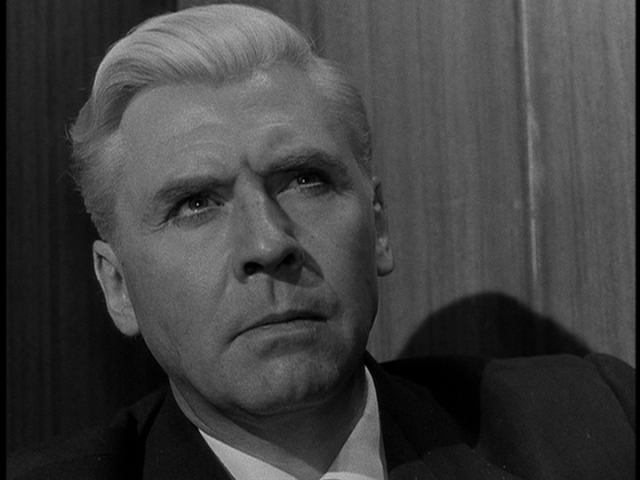 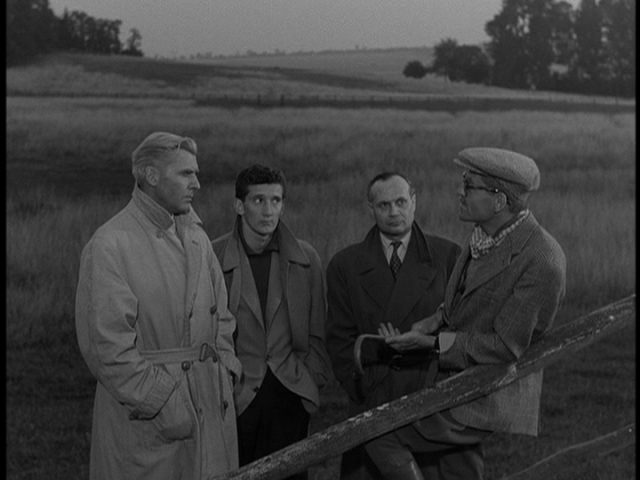 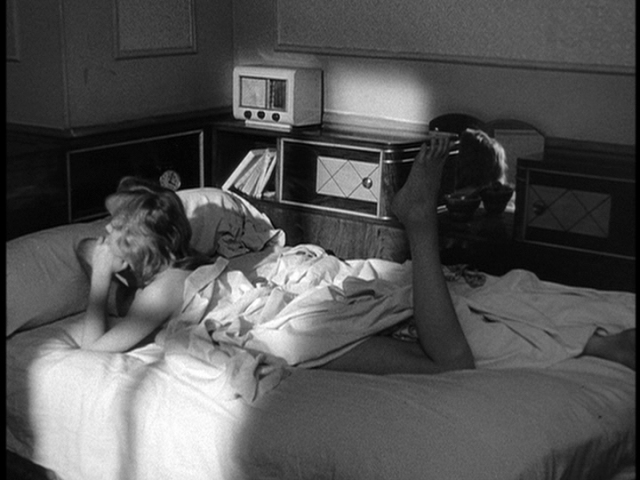 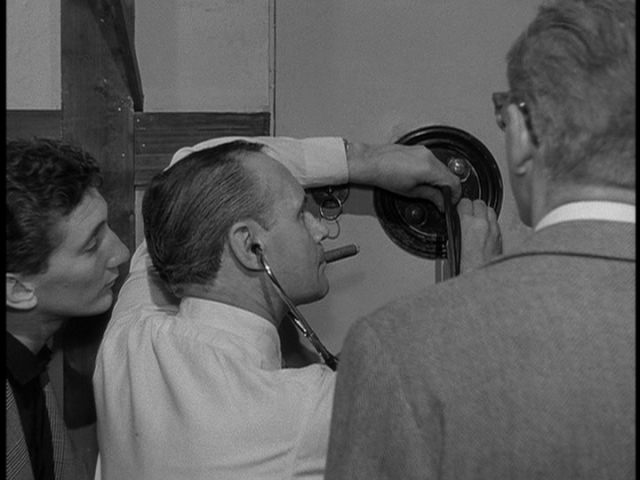 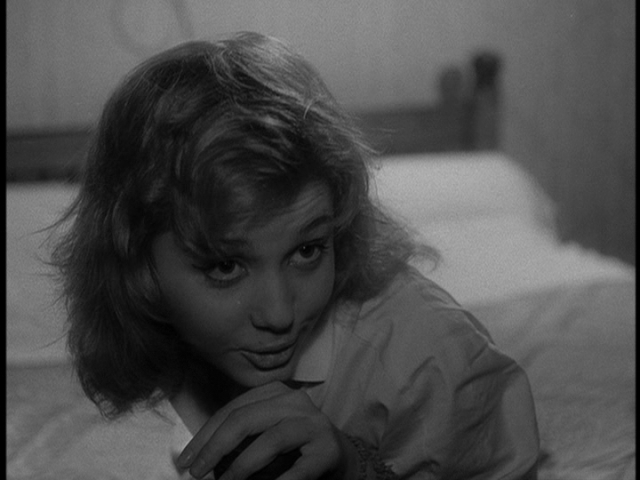 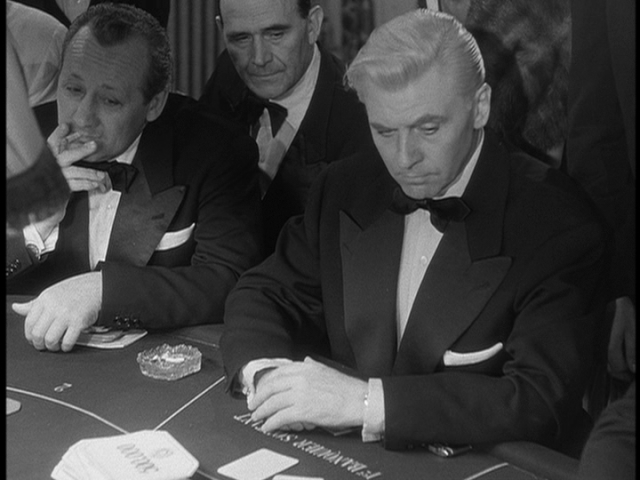 It shows its age but the Dolby Digital 1.0 mono track gets the job done. Though flat with some edgy music, dialogue is easy to hear and the track has been cleaned up despite some minor noise in the background on occasion.

Criterion includes a few supplements starting with an interview with actor Daniel Cauchy, who plays Paulo in the film. For 22-minutes the actor talks about a variety of topics about his career and the film, particularly the long 2-year shoot: Melville shot the film as he raised money so he asked Cauchy, and others working on the film, to try to keep themselves available. In the case of Cauchy Melville insisted that he show him his contracts for other films that Melville could enter in a clause that would allow him to pull him away for a quick shoot when needed. He also talks about Melville and his love of all things American, from films to cars, as well as his attention to detail, particularly to when a character is shot (avoiding a spoiler there as best I can.) Amusingly he doesn’t seem to be too fond of the film himself, but he admires that big time directors including Spielberg are big fans of the film.

Another nice addition is a Jean-Pierre Melville Radio Interview, which was recorded in 1961 with Gideon Bachmann. At over 20-minutes—and in English—the two talk about Melville’s career and various films, and, in particular, his love of American gangster films. It’s a wonderful and rather insightful interview.

The disc then closes with a theatrical trailer and then includes a booklet with a very short two-page essay by Luc Sante. Much better is an excerpt from an interview with Melville that concentrates on Bob le Flambeur.

It’s certainly not loaded, and other Melville releases in the future would certainly pack more, but the supplements are all of excellent quality and offer some great insights into the film and filmmaker.

Despite some source issues the video presentation is still pretty strong and looks good upscaled. Throw in a few insightful features and it’s a decent edition from Criterion. It’s out-of-print unfortunately, but if one can find it at a decent price it’s worth picking up. 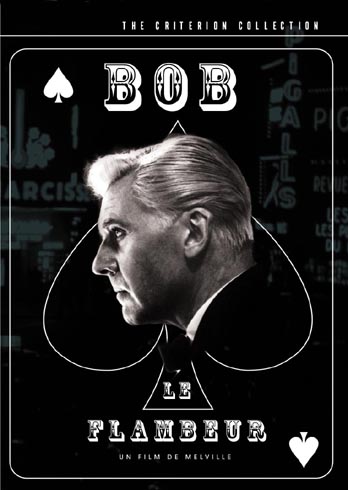